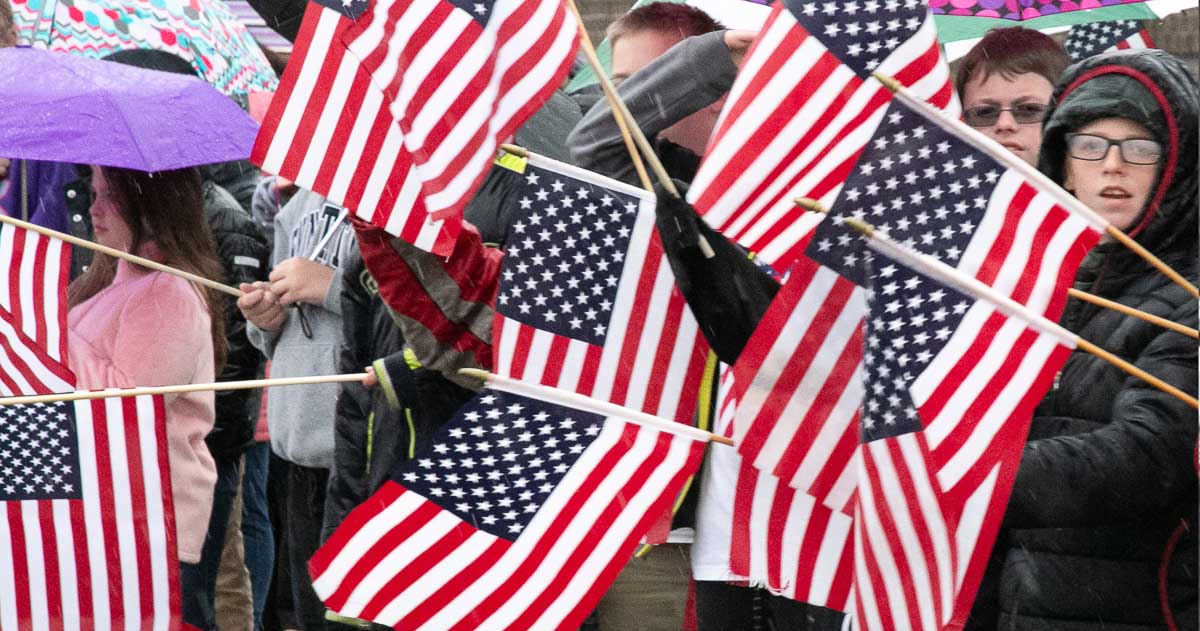 Navy Aviation Radioman 3rd Class Walter Mintus was buried with military honors in his hometown of Portage, PA, more than 74 years after he’d been declared missing in action (MIA). Project Recover located his downed TBM Avenger in 2016 and gave the documentation to the Defense POW/MIA Accounting Agency (DPAA) for the recovery and identification of the remains.

Walter Mintus came home to a hero’s welcome. Flags were flown at half-mast. A large group including family, dignitaries, and members of the Project Recover team that located his downed aircraft were present to honor his arrival in Pittsburgh. The Patriot Guard Riders accompanied Mintus’ casket for three hours through the rain from Pittsburgh to his hometown of Portage, PA.

“He has been missing for a long time, and we never thought it would come to this day,” Richard Kozak said. “It’s really rewarding to know people are searching for our people missing in action.”

Mintus was killed one day shy of his 23rd birthday. He is remembered as a fun uncle. He would pile the hay at the family farm 15′ high for the kids to play king of the hill and then slide down. Mintus even sent a voice recording with a message to his parents and family shortly before he went missing. They received it after he died.

“It wasn’t often, but once in a while, you’d get a record, and it was really nice to hear the voice. He sent a record right before he got killed, to his mother and dad,” Tom Kozak said. “It was pretty heartbreaking because they got the record after (Mintus went missing).”

Mintus was a member of the U.S. Navy Torpedo Squadron Fifty One (VT-51) based on the USS San Jacinto (CVL-30). Former President George H. W. Bush was a pilot with  VT-51 at that time. VT-51 was a squadron of TBM/F Avenger torpedo bombers, each with three crew.

On July 27, 1944, Mintus, the pilot, and the gunner of the TBM Avenger participated in a mission to bomb Japanese targets in Malakal Harbor. The TBM was in the lead position and was last spotted three to five miles ahead of the other aircraft. Eyewitnesses at the time said they saw an object, believed to be an aircraft, burning in Malakal Harbor. Mintus and his crew were declared MIA that day, and presumed dead on February 4, 1946.

Project Recover located Mintus’ TBM Avenger in the waters surrounding the Republic of Palau in 2016. The team used the most advanced oceanographic technology with advanced archival research methods to locate the submerged crash site.

“It was very difficult. I actually began the search in July of 1994.  We found the plane in 2016, so it took more than 20 years looking for it,” said Patrick Scannon, President of Project Recover.

Once they located the site, Project Recover turned the documentation over to the DPAA. The DPAA worked in partnership with the Military Sealift Command ship USNS Salvor, the US Navy 7th Fleet Mobile Diving and Salvage Unit 1-1 for 50 days straight to excavate the site using a specialized vacuum system to search for evidence of remains.

On June 25, 2018, the DPAA announced that Walter Mintus was accounted for. A rosette will be placed beside his name on the Walls of the Missing at the Manila American Cemetery to indicate he has been located and returned home.

Project Recover is a partnership among researchers at the University of Delaware, Scripps Institution of Oceanography at the University of California San Diego, and the former BentProp Project. Their mission is to find and repatriate Americans missing in action since World War II, in order to provide recognition and closure for families and the nation.

It is our privilege and honor to work in partnership with the DPAA and Palaun government to bring ARM3c Walter E. Mintus home at last.