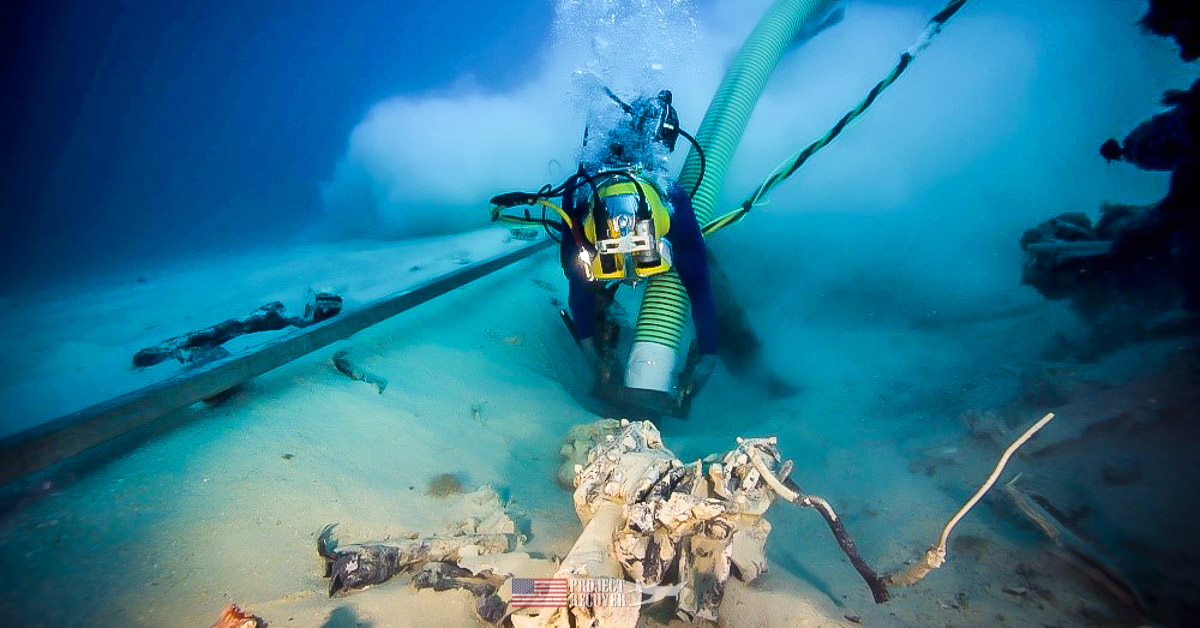 The Project Recover team is pleased to share the news of an underwater recovery of World War II MIA remains from two aircraft, an Avenger and Hellcat, located by Project Recover. On February 23, a repatriation ceremony was held at Koror Airport, Palau. The MIA remains are on their way to DPAA laboratories for final identification.

Once identified, the remains will be returned to their respective families for burial at last. 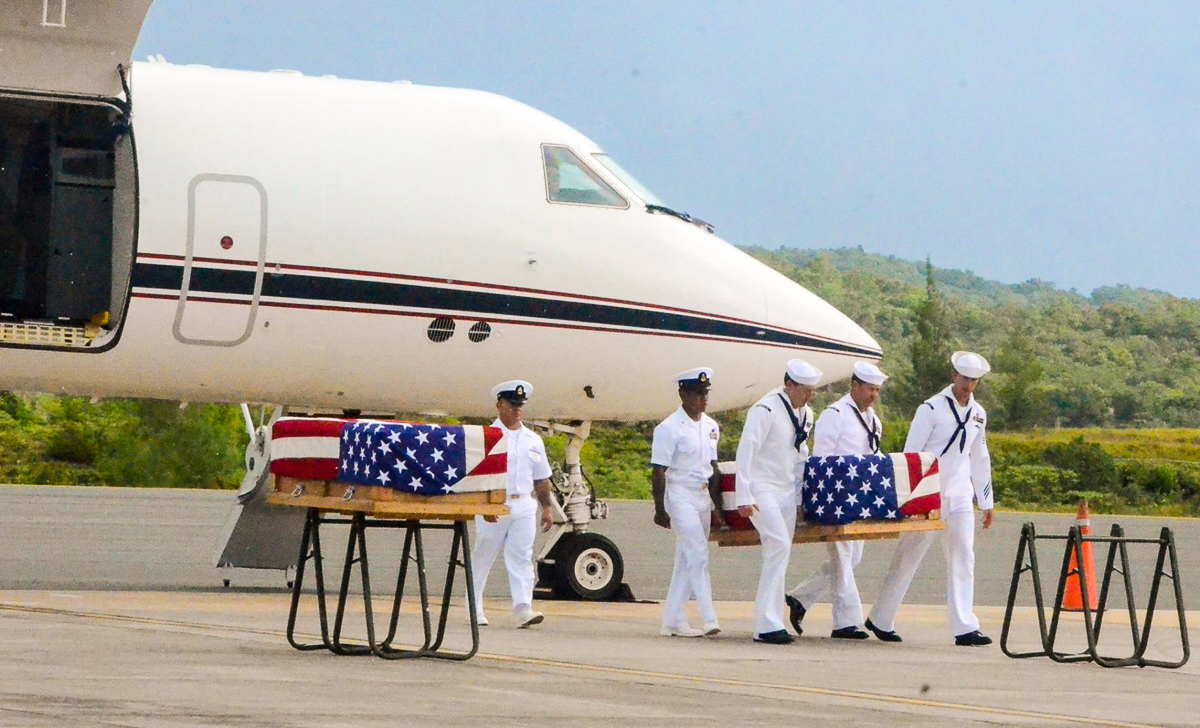 DPAA Underwater Recovery Team recovered remains from two WWII incidents, due to a close and positive working relationship between DPAA and the Ministry of Culture, specifically the Bureau of Culture and Historic Preservation.

In May 2016, Project Recover announced they had located the underwater wreck of the TBM-1C Avenger, missing since July 1944 in the waters surrounding Palau. The aircraft was discovered using advanced research methods which have proven to be very successful in locating submerged aircraft and associated Americans missing in action since WWII. Several years of historical research by Project Recover team members played a critical role in narrowing the underwater search region in which the wreckage was ultimately found. The Avenger crashed into the sea 1944 with three American servicemen onboard while carrying out a carrier-based strike; all three aviators were declared missing in action.

“It’s about locating the missing to enable the U.S. government to bring them home for a proper burial.” Said Dr. Eric Terrill, one of Project Recover’s founding members. “Repatriation of the remains is a significant milestone in the process of bringing closure to the families of those lost”. Terrill was part of the team of divers which first dove the missing crash site in 2016.

A detailed location was shared with DPAA for official identification, recovery, and repatriation of the missing. DPAA U.S. Navy Divers opened the Palau TBM-1C Avenger site for excavation and are using a specialized vacuum system to search for evidence of remains. The DPAA team received tremendous support from the Military Sealift Command ship USNS Salvor and the US Navy 7th Fleet Mobile Diving and Salvage Unit 1-1. The team worked from sunrise to sunset for over 50 days straight. The team’s only break came from a tropical storm the forced the ship out to sea. DPAA’s recovery mission could not have been a success without the close and positive working relationship between DPAA and the Ministry of Culture, specifically the Bureau of Culture and Historic Preservation.

At this stage, the identity of the remains is not released until DNA confirmation is positive, and the next of kin are notified by the Navy casualty office.

Once they locate and survey, the WWII MIA TBM Avenger and F6f Hellcat sites, the Project Recover team hands over all their information to DPAA for the future recovery operations. DPAA opens the site and begins a painstaking and detailed survey process and recovery of the Naval aviators, culminating in their repatriation to the families.

Search and recovery is a long, arduous process. The USNS Salvor, a Navy rescue and salvage ship operated by civilian mariners housed operations. The US Navy 7th Mobile Diving Fleet and Salvage unit 1-1 worked from sunrise to sunset, for 50 days straight. Dives continued at an hour each as teams rotated the dredge operations filling large containers with sediment. Hours were then spent hand sifting through the sediment searching for remains.

Salvor did a four-point moor over the aircraft, submerging sifting boxes 90 feet below the surface for divers to fill. Each basket was approximately 4 x 8 x 4 1/2 taking 5-6 hours to fill. Filling lasted about an hour each. The team’s archaeologist led the sifting for artifacts.

Successful recovery calls for the collaboration of highly specialized skills and experts from multiple disciplines. The team included a forensic archaeologist, forensic photographer, an explosive ordnance disposal technician, as well as experts in other fields.

Locating the F6F Hellcat and TBM-1C Avenger wreck sites in the waters around Palau depends on cooperative information sharing and focus on the mission. Project Recover’s success in finding and documenting potential sites for MIAs relies on time-consuming research and the latest in underwater sonar and scanning technologies. The team constantly trains with new technology.

These recoveries are possible by the ongoing support of the Palau National Government, Koror State Government, the Bureau of Cultural and Historical Preservation, the Environmental Quality Protection Board, and other Palauan officials working side by side with DPAA.

To learn more and obtain the latest information on Project Recover/BentProp adventures, make sure to sign up for our newsletter below.

Thank you for your support,
The Team 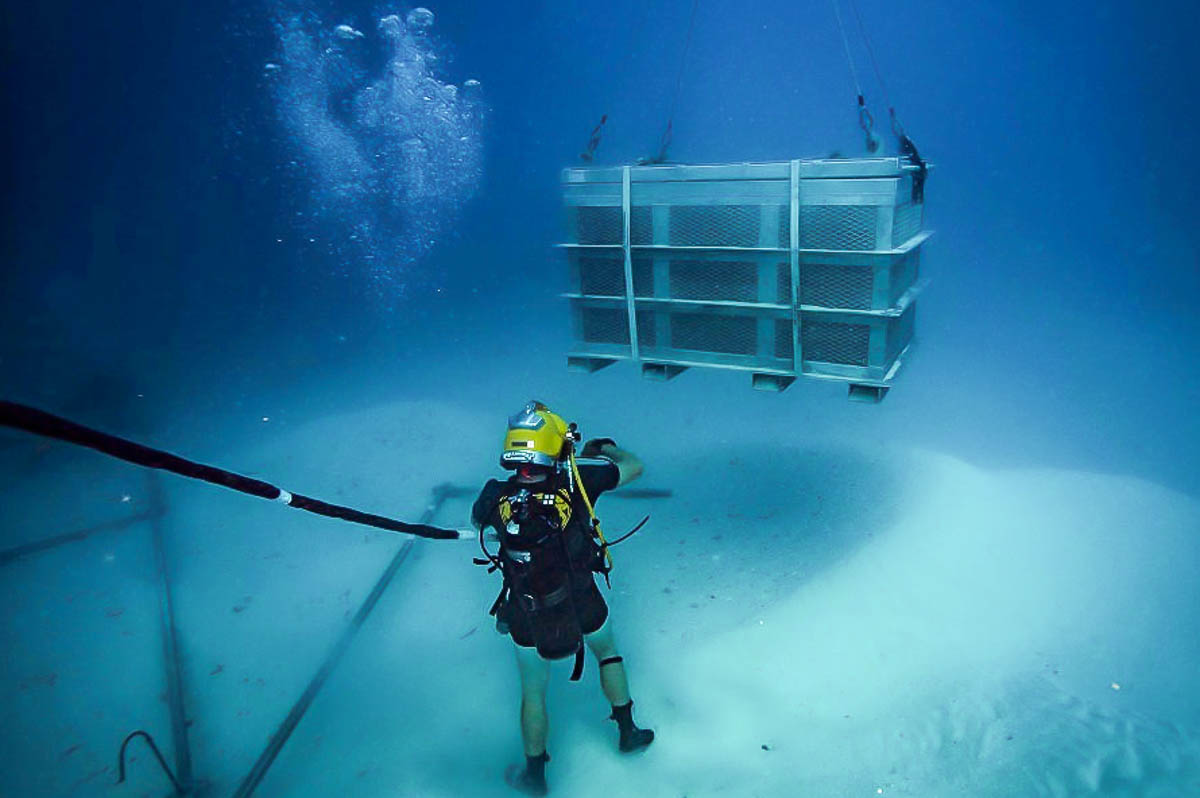 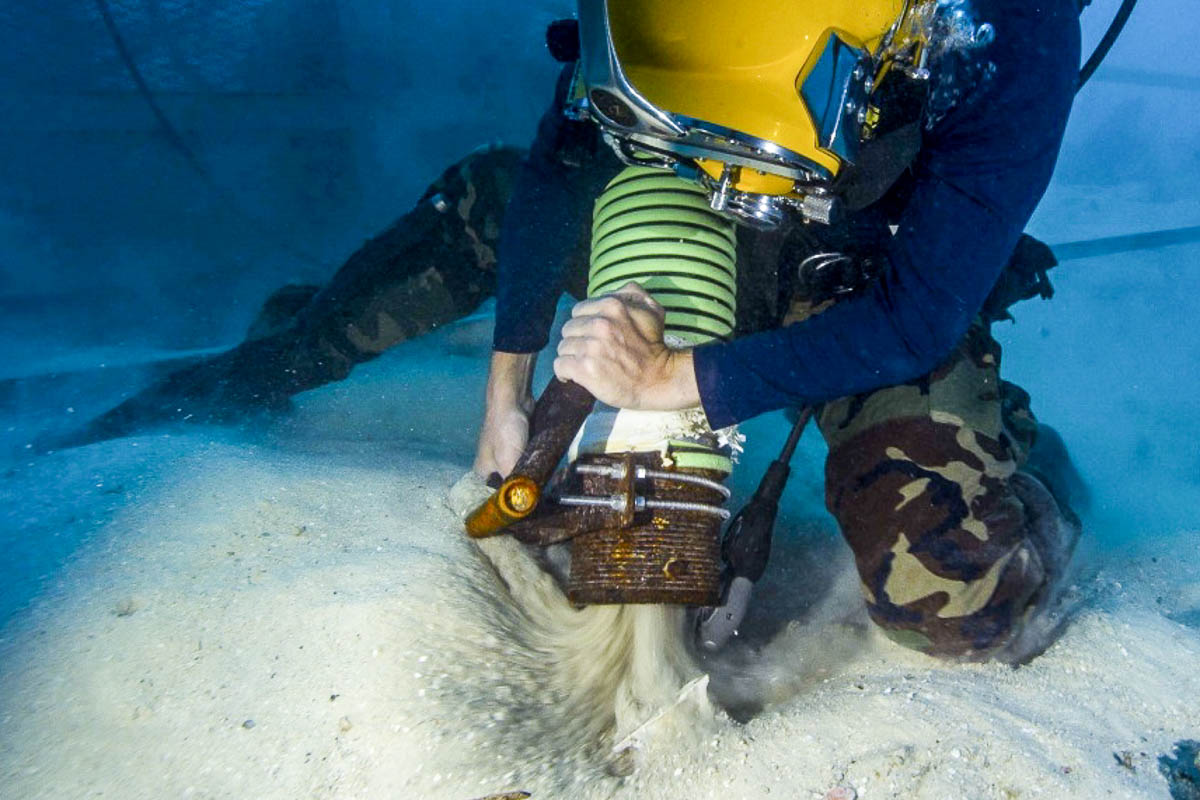 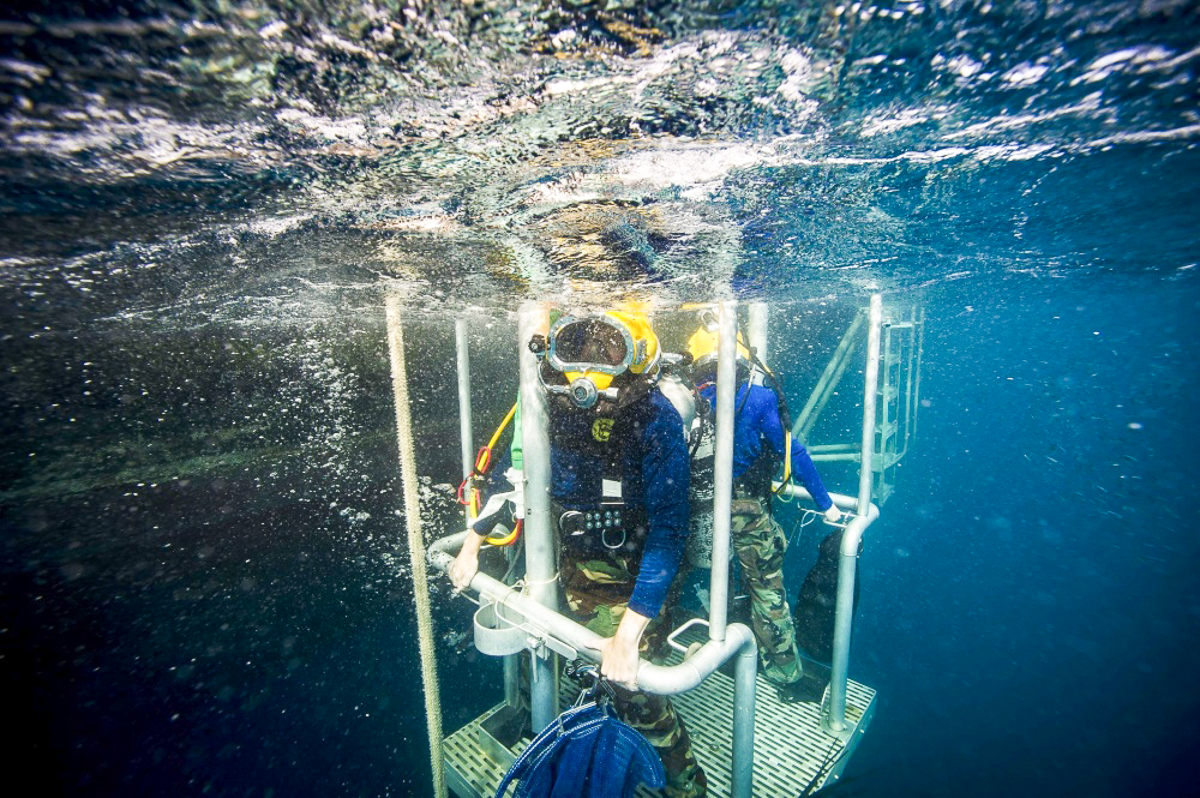 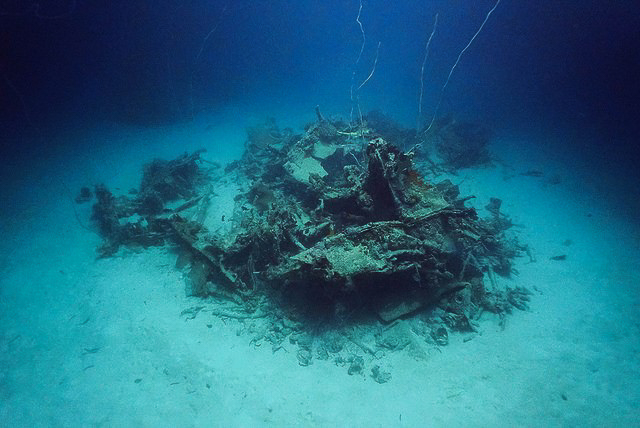 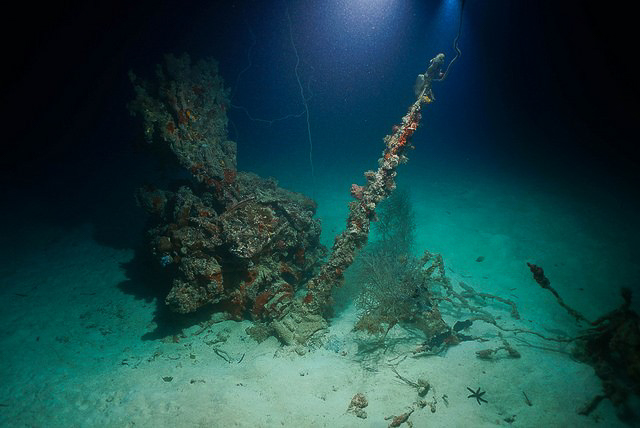 WWII Avenger engine and propeller recorded by the Project Recover team in 2016 . The aircraft crashed in 1944 offshore Palau. Image courtesy of Project Recover 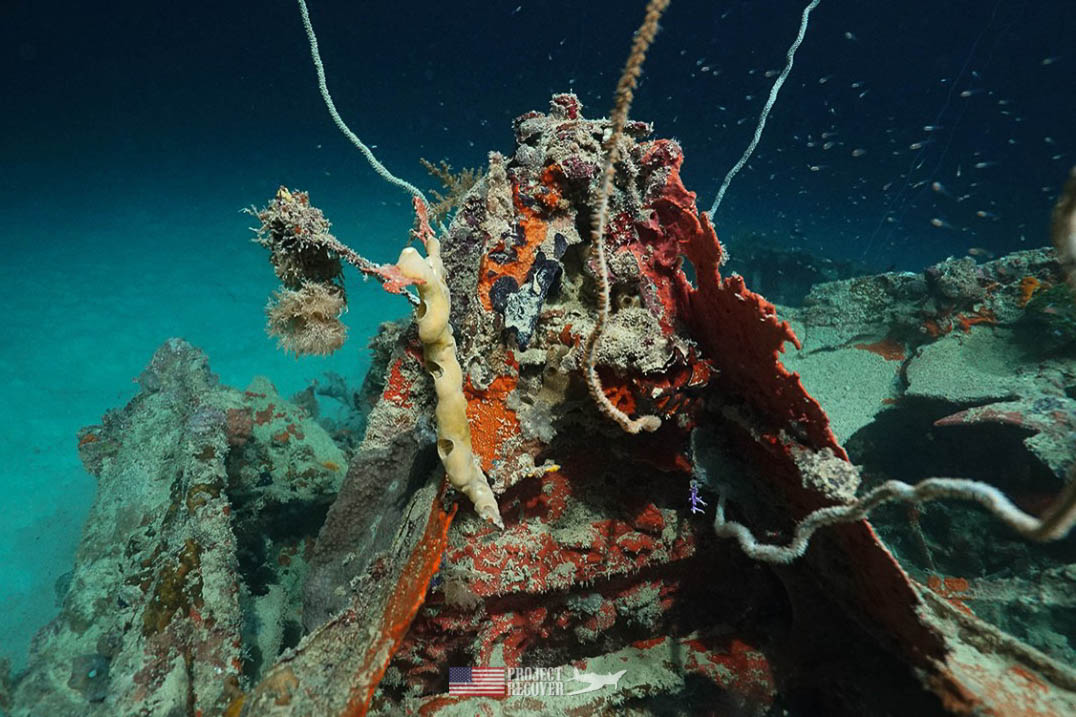