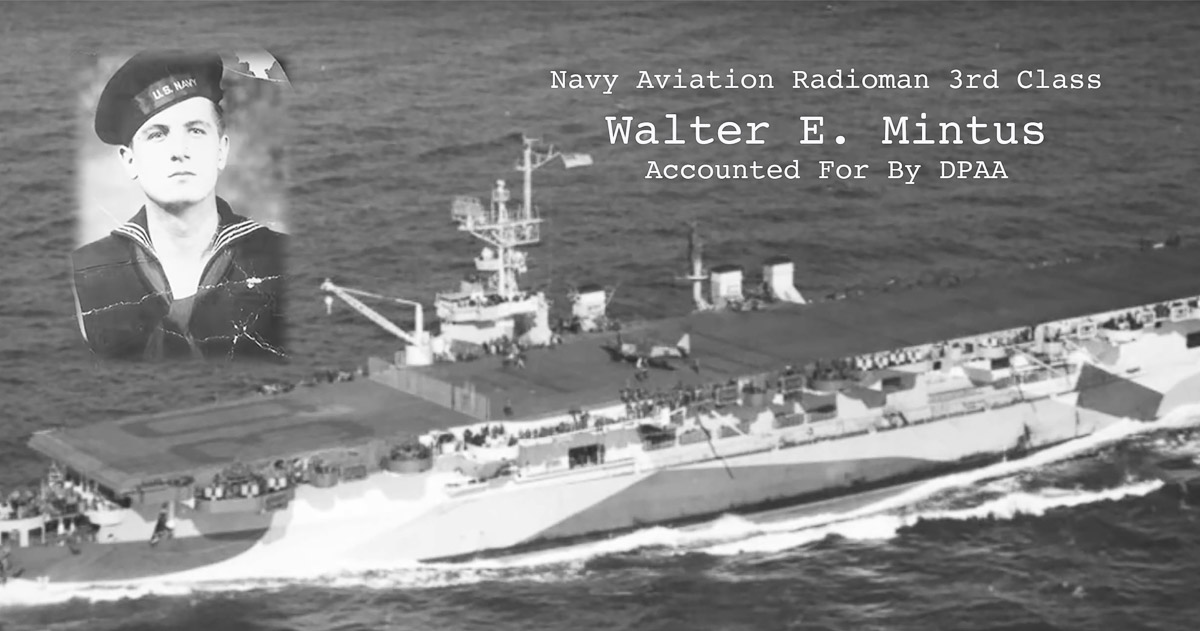 Navy Aviation Radioman 3rd Class Walter E. Mintus, WWII radioman, was accounted for on June 25, 2018, the DPAA announced. His funeral is scheduled for November 10th, 2018 in his hometown. Mintus was a WWII radioman aboard a TBM-1c Avenger in the U.S. Navy Torpedo Squadron Fifty One (VT-51) based on the USS San Jacinto. Project Recover located the Avenger in 2016 and turned its findings over to the DPAA.

Mintus took off from the USS San Jacinto on July 27th, 1944. Their aircraft was in the lead position of four Avengers. Their mission was to bomb the Japanese base at Malakal Harbor. Witnesses last sighted his aircraft 3-5 miles ahead. Later, they saw an object believed to be an airplane on fire in Malakal Harbor.

Walter E. Mintus was declared Missing In Action along with his two crew-mates. In 1946, Mintus, WWII radioman, was presumed dead.

Walter E. “Bert” Mintus was a WWII radioman aboard a TBM-1c Avenger in the U.S. Navy Torpedo Squadron Fifty One (VT-51) based on the USS San Jacinto –  Project Recover is committed to bringing our MIAs home.

Project Recover is honored to support our MIAs and families.