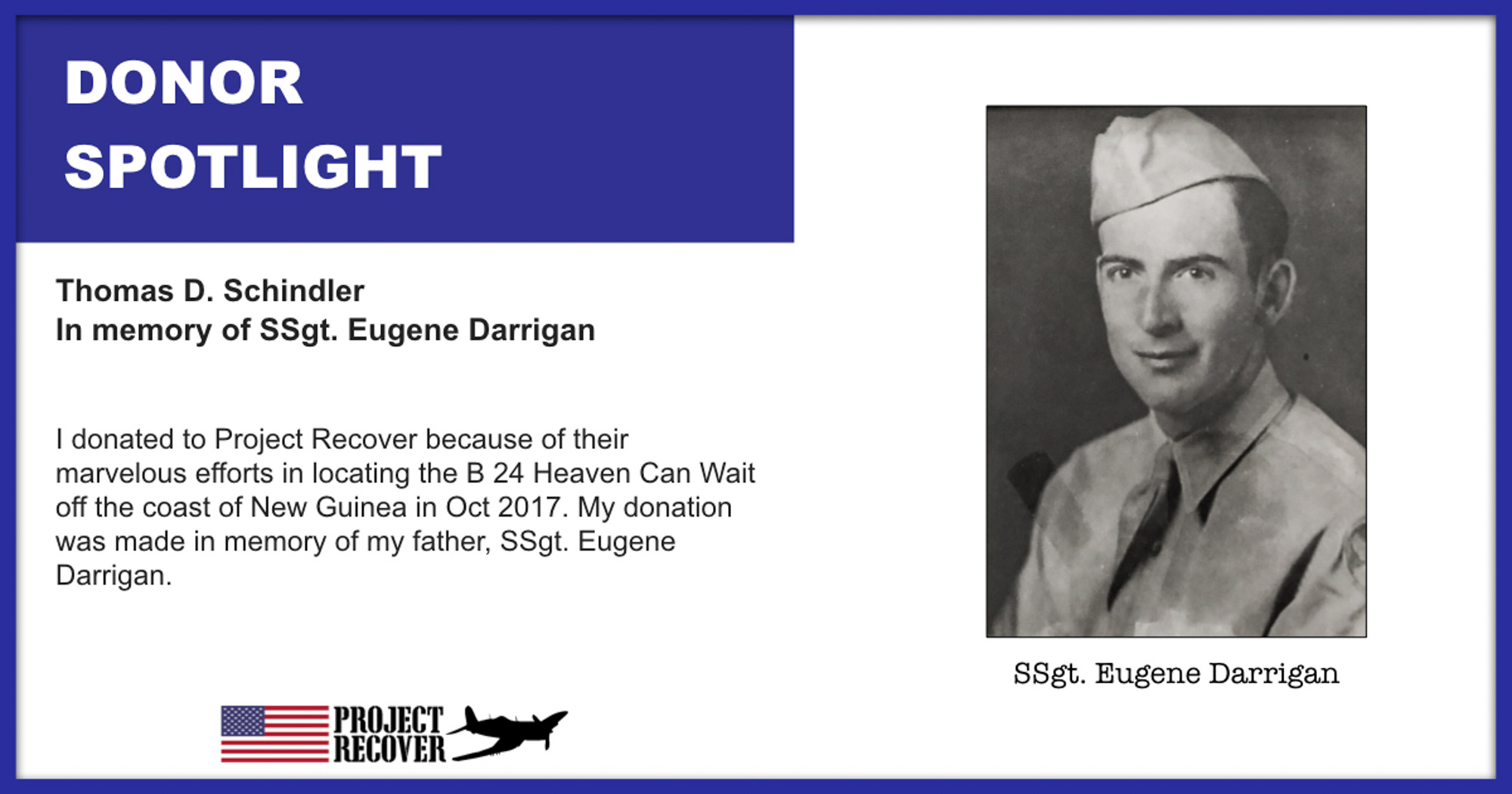 I donated to Project Recover because of their marvelous efforts in locating the B-24 Heaven Can Wait off the coast of New Guinea in Oct 2017. My donation was made in memory of my father, SSgt. Eugene J. Darrigan.

SSgt. Eugene Darrigan joined the Army Air Force in November 1942. He was sent to the Pacific Theater in 1943. He was a radio operator and gunner with the B-24 nicknamed “Heaven Can Wait”. The crew of “Heaven Can Wait” was part of the 320th squadron of the “Jolly Rogers” 90th Bombardment Group.

SSgt. Darrigan became a father in 1943 and traveled home to attend his son’s baptism. In late 1943, Darrigan and the Heaven Can Wait crew arrived in Papua, New Guinea.

On March 11, 1944, the crew went on a mission to bomb Japanese anti-aircraft batteries around Hansa Bay. Their B-24 was shot down by anti-aircraft fire and crashed into Hansa Bay.  All 11 crew members were reported Missing in Action.

On Memorial Day, more 69 years later, the first cousin once removed of Heaven Can Wait’s bombardier and Darrigan’s crewmate pondered his family’s war heroes. Scott Althaus began a research project that took five years and culminated in giving Project Recover sufficient research to locate the downed B-24 in 2017.

Seventy-four years after his dad died, Tom was charging his golf cart when he received a call from his cousin.  “They found your dad’s remains,” she told him.

Naturally, Tom was astonished. Tom is now in touch with relatives of his father’s B-24 crewmates. They celebrated with a Heaven Can Wait Family Reunion in 2018 although inclement weather kept Tom from attending.