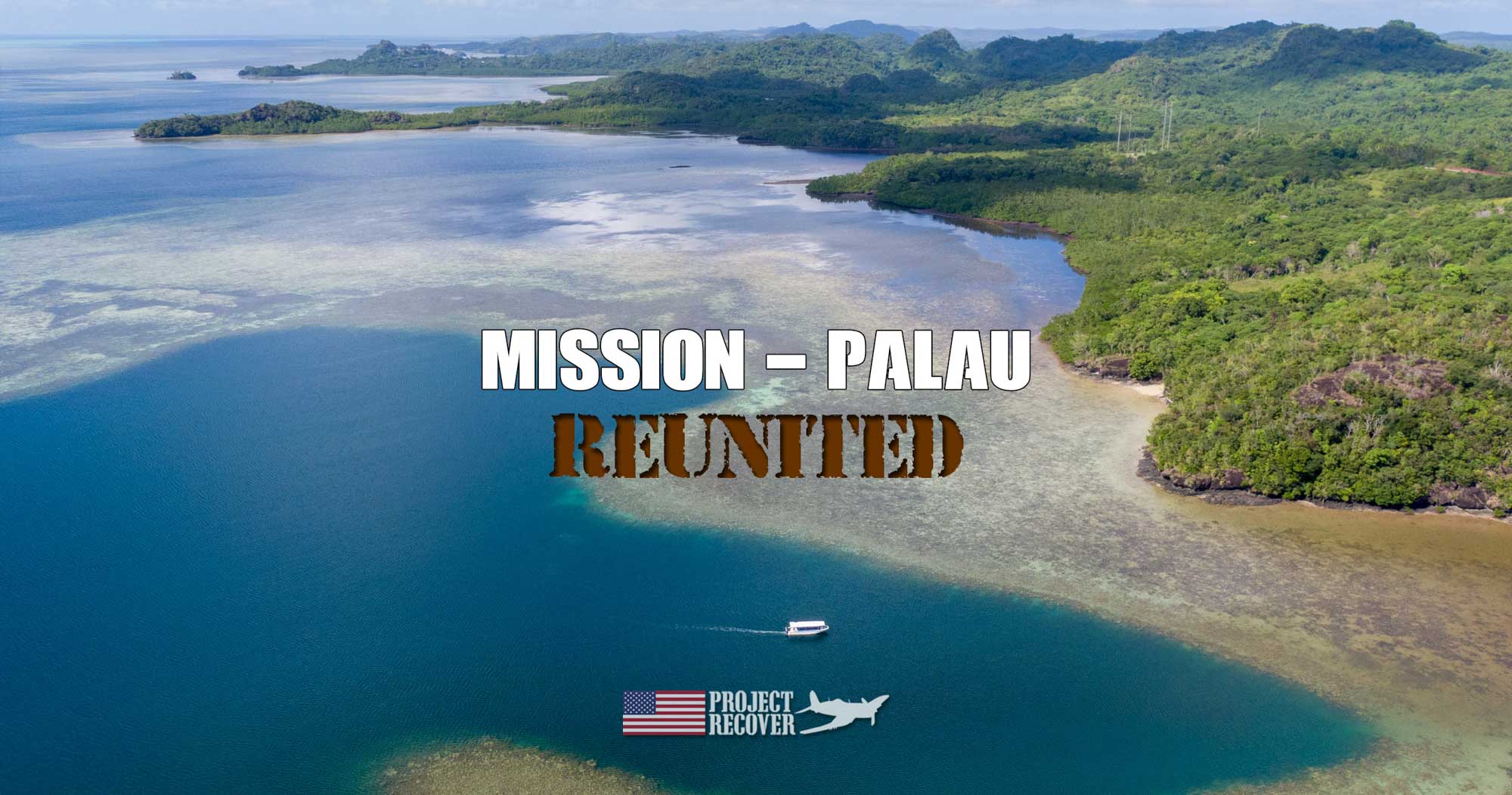 The MIA family of ARM2c Albert “Bud” Rybarczyk, USNR, traveled to Palau to join Project Recover on their most recent mission. Cindy Gray, Bud’s niece, and her son, Adam, flew to Palau in April 2019. They wanted to get as close as possible to where their Uncle Bud flew his final mission.

For the family of Bud Rybarczyk, this was another extraordinary event in a series of miraculous unfoldings over the last couple of years. In 2014, Project Recover located his downed TBM Avenger WWII aircraft in the waters off Palau. Rybarczyk crashed after completing a bombing mission on September 8, 1944. The Defense POW/MIA Accounting Agency (DPAA) identified Rybarczyk’s remains and accounted for him on August 16, 2017. Four months later, the family buried their uncle ‘Bud’ next to his parents near St. Joseph, Michigan.

After Bud’s funeral, Adam was motivated to get his Scuba certification. He then went on to make 20 dives so that he could dive 100 feet to his great-uncle’s World War II crash site. He wanted to get as close as possible to his uncle’s resting spot for so many years.

“I had to control my emotions on my first dive. I saw how torn up the plane was, and I thought of what they went through. It was overwhelming at first.”

For Mary Ann Rybarczyk, Bud’s surviving sister, the MIA family traveling to Palau meant revisiting a day she will never forget. Mary Ann was home when the telegram arrived with the dreaded news. Even now, it is painful to talk about, and she does not want to see photos from the dive.

For 73 years, a shroud of silence covered ARM2c Bud Rybarczyk. It was simply too painful to talk about him. Bud became, for the generations that followed his, a photo on the mantle; hallowed, but unknown.

“Even when I had a high school assignment to write about a deceased relative, I couldn’t get any information,” Adam shared. “It was a hard paper to write.”

A call from the Navy Casualty Office on August 12, 2017, started a series of events that not only brought Bud home for burial; it also brought him back to the family.

“My kids and I got introduced to Bud when he came home,” Cindy said.

It was as though the picture on the mantle came to life. Mary Ann could scarcely believe it was true. Cindy had to keep reassuring her that, incredible as it was, it was true. The family came to know Bud as MaryAnn knew him: caring, fun, a good student, a good basketball player.

For Cindy and Adam, traveling to Palau is just one way Bud has transformed their family’s life 75 years after his death. Most importantly, the experience has strengthened family bonds. Bud, himself, has been reintegrated with a sense of vitality and personality. Previously off-limits subjects are now open for family discussion. There has been healing within and across generations.

Bud’s impact on the family nearly a century later doesn’t stop there. Adam, who calls himself a homebody, is now a Project Recover team member and SCUBA diver. Cindy, who works in social services, advocates for homeless vets in her area. Everyone in the family, from Bud’s niece to his great-great-great-nieces and nephews, is much more aware and appreciative of the service and sacrifice of men and women in the military.

“It was very surreal being there in the calm, quiet serenity looking at the mangroves where the wing is and the path the plane took. All I could think is that unfortunately, it was not what Bud, Ora, and their pilot experienced. Through their total sacrifice, we have the gift of peace and tranquility.” (~Cindy Gray)

For Cindy and Adam, the family’s travels to Palau with Project Recover was another extraordinary event in a series of events that will forever change their lives.

Project Recover is honored to bring recognition to MIAs and provide closure, and new beginnings, for MIA families and the nation. 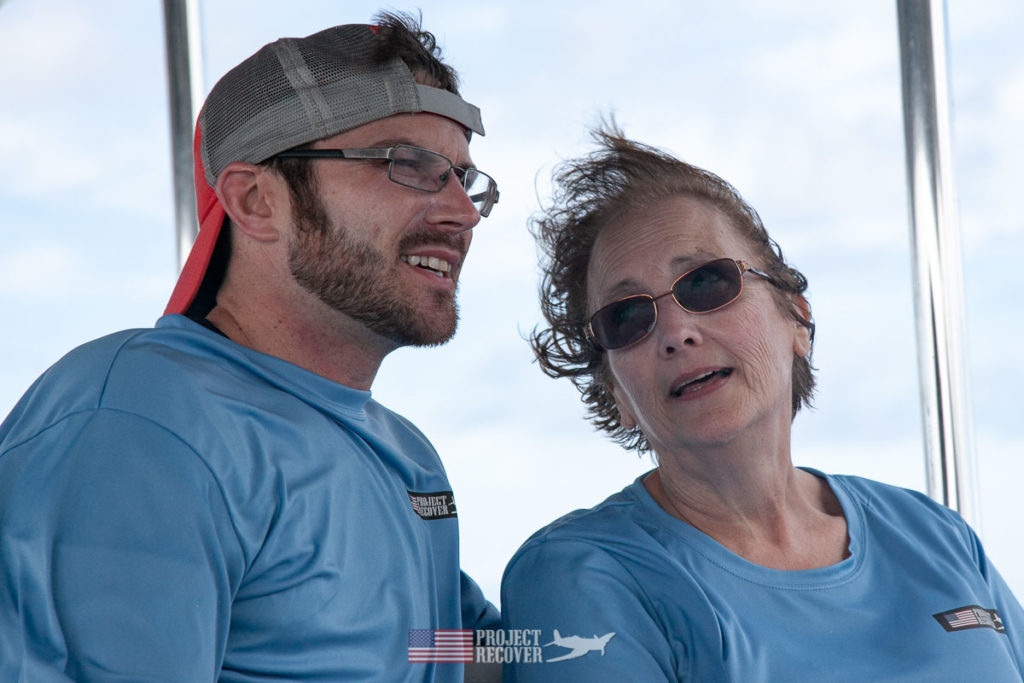 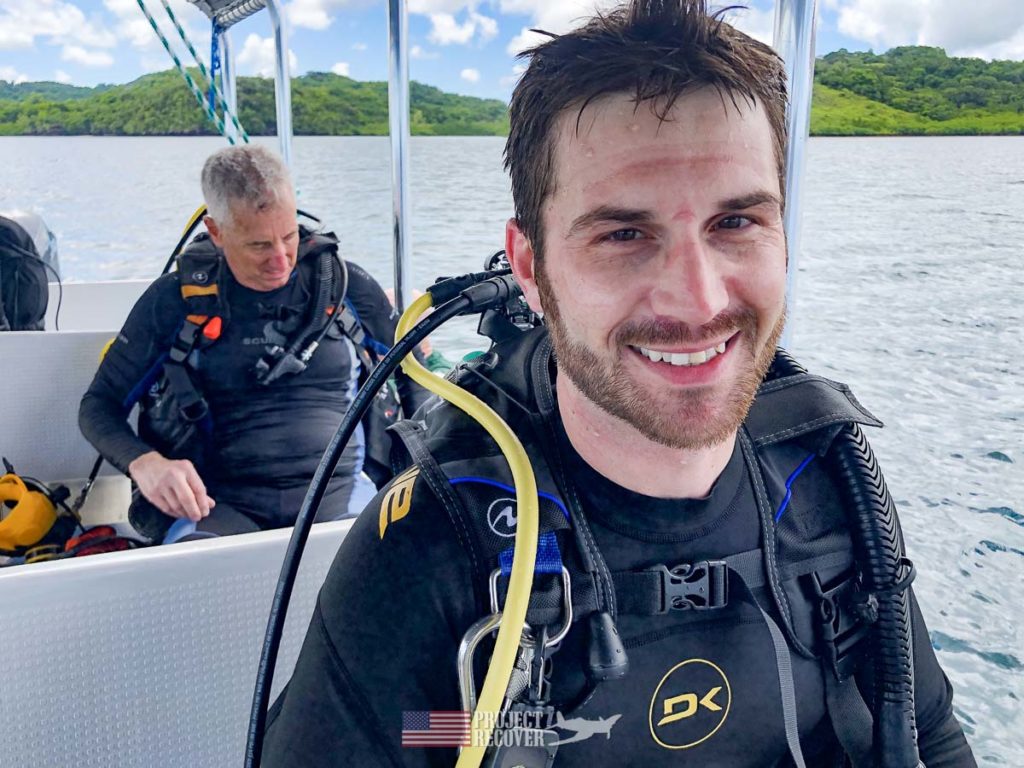 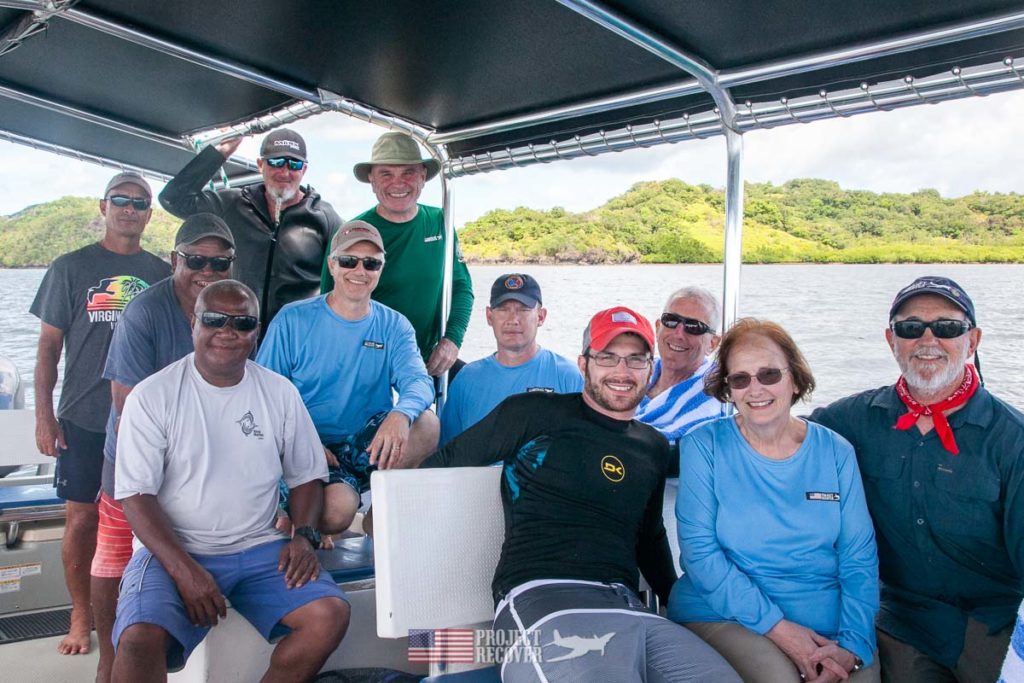 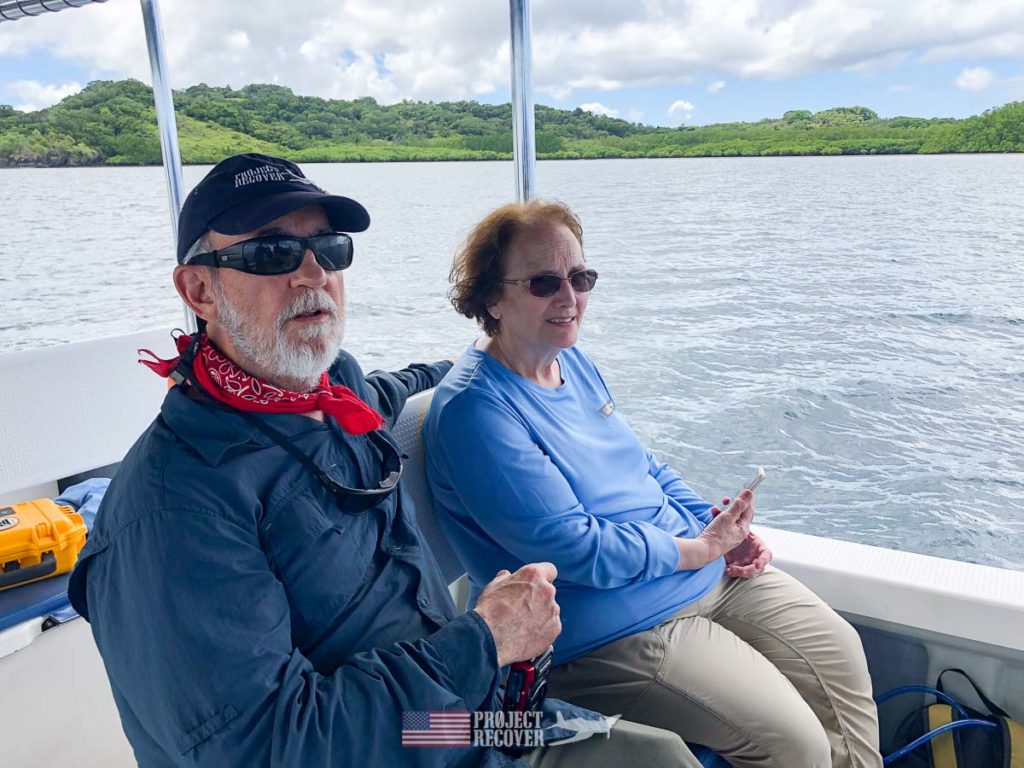 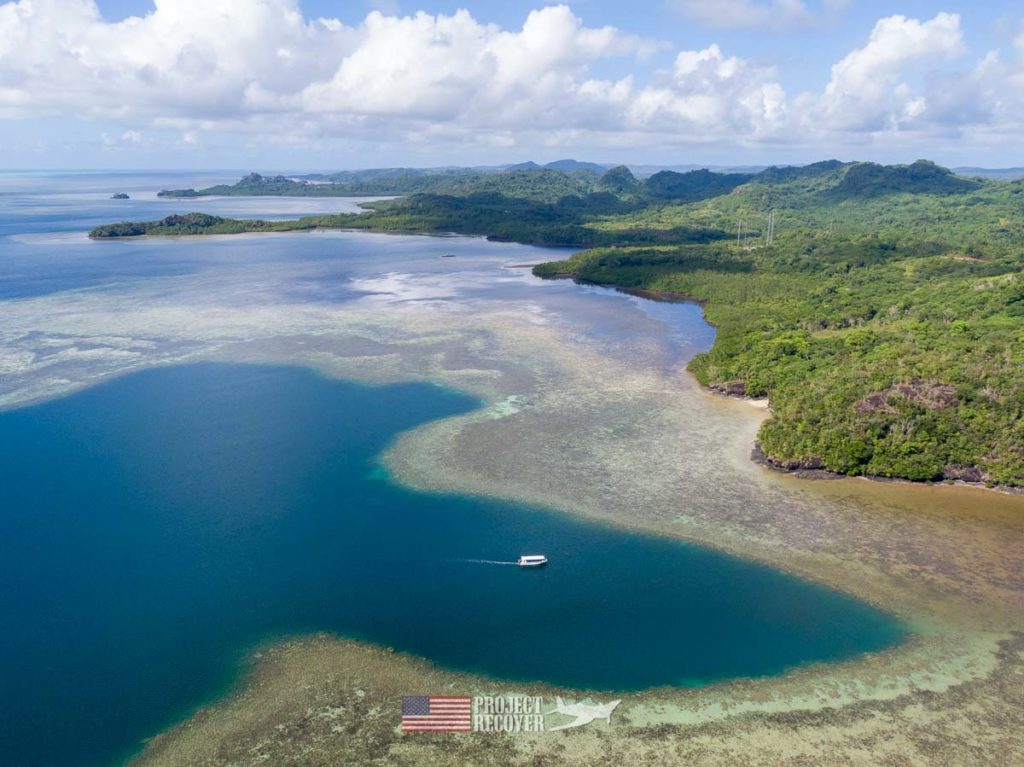 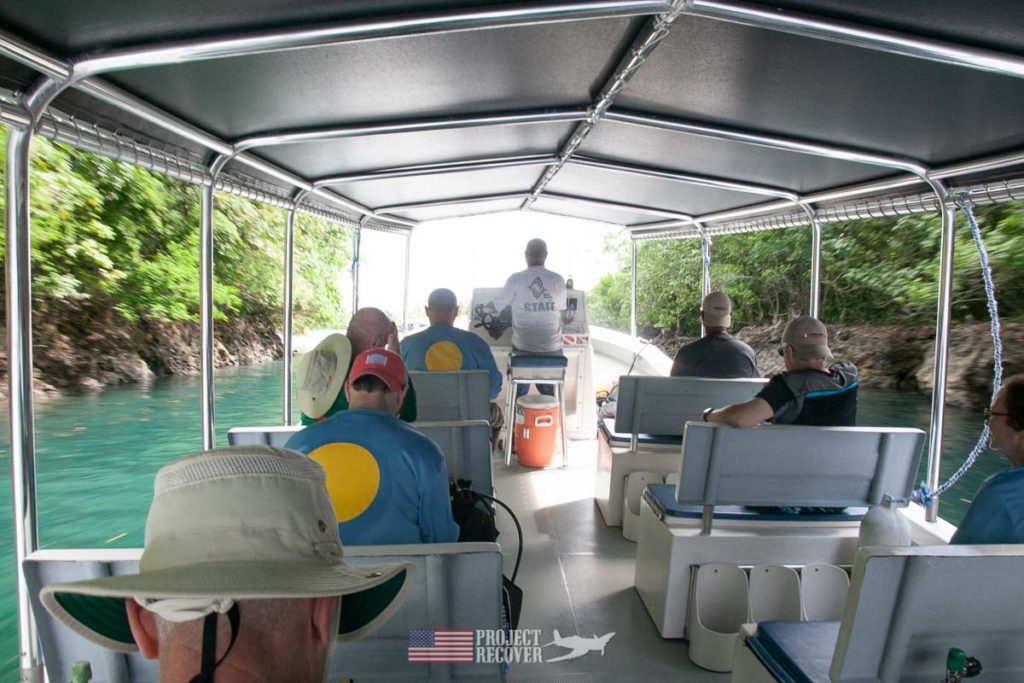 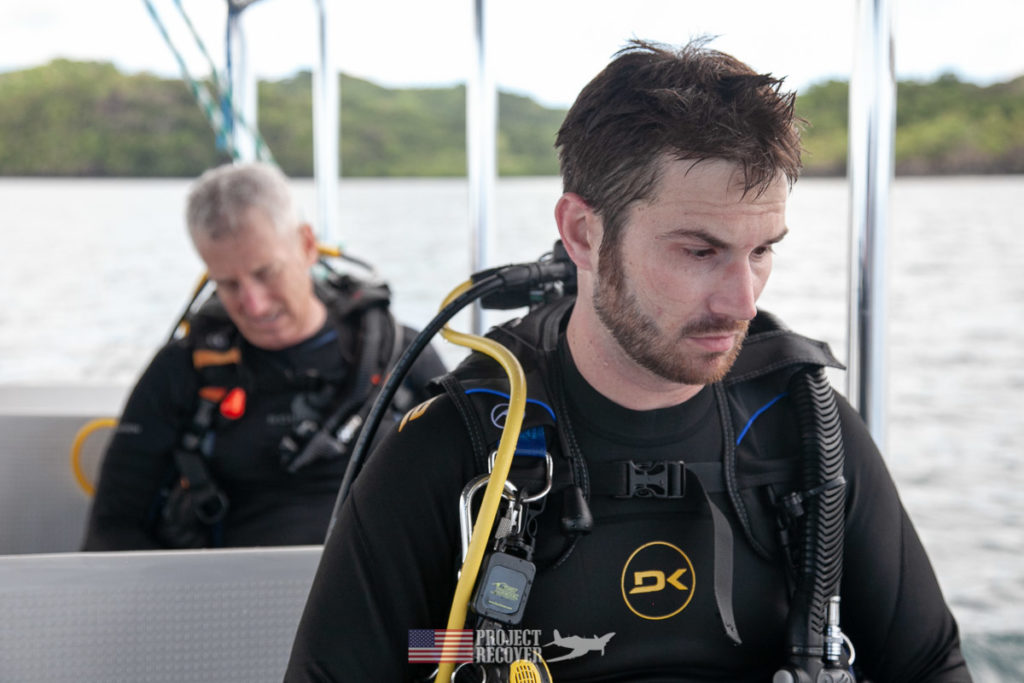 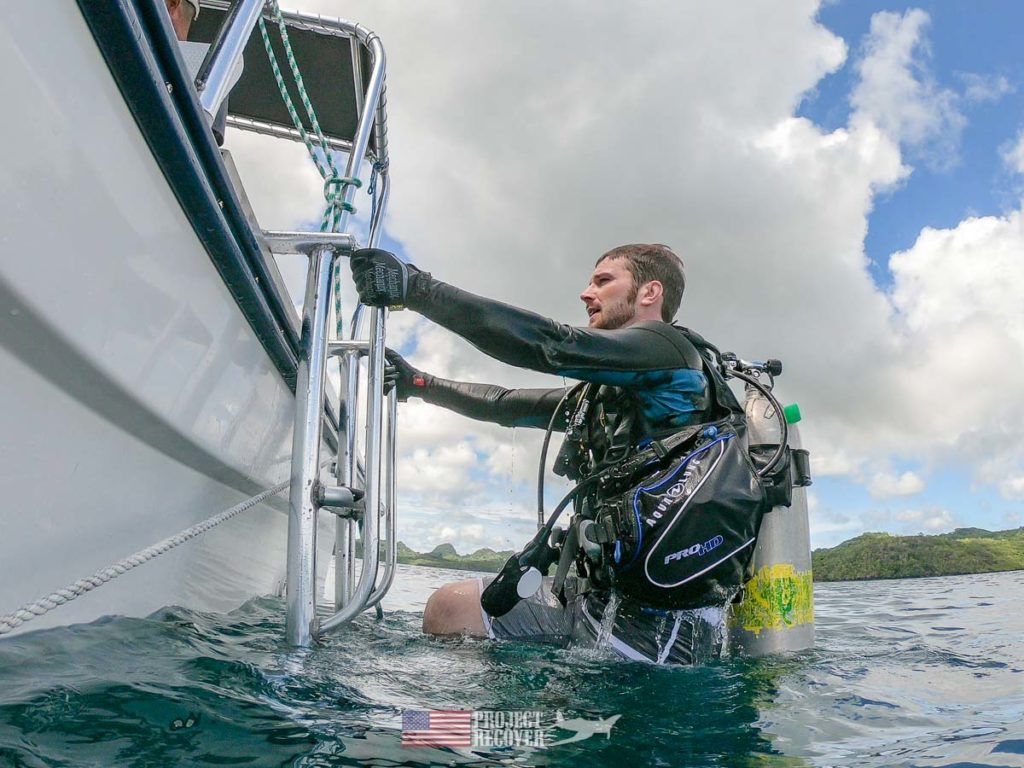 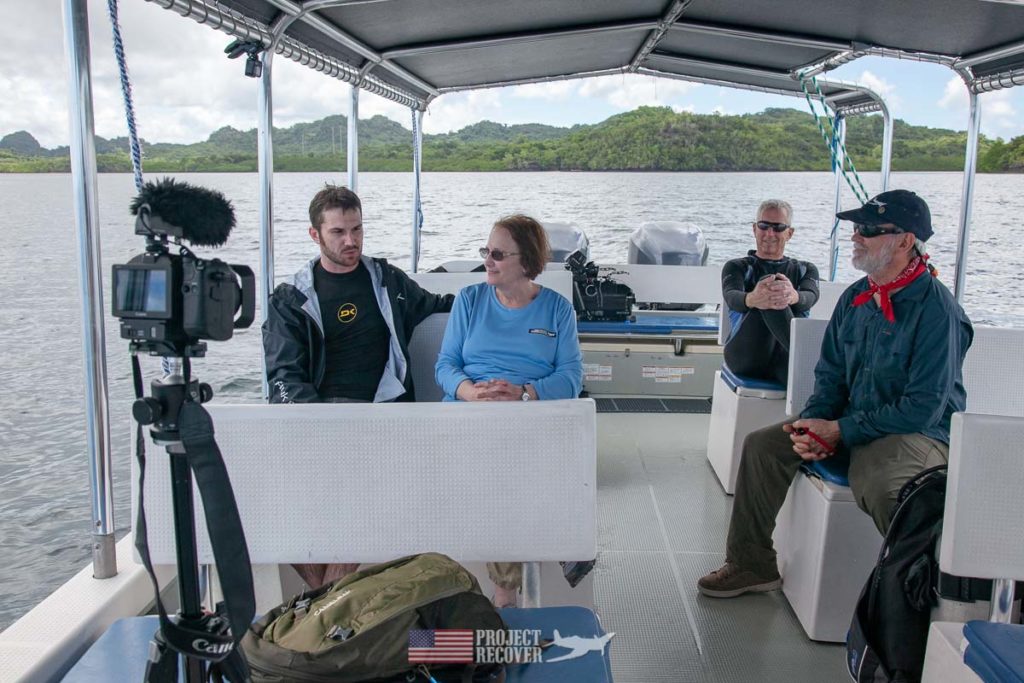 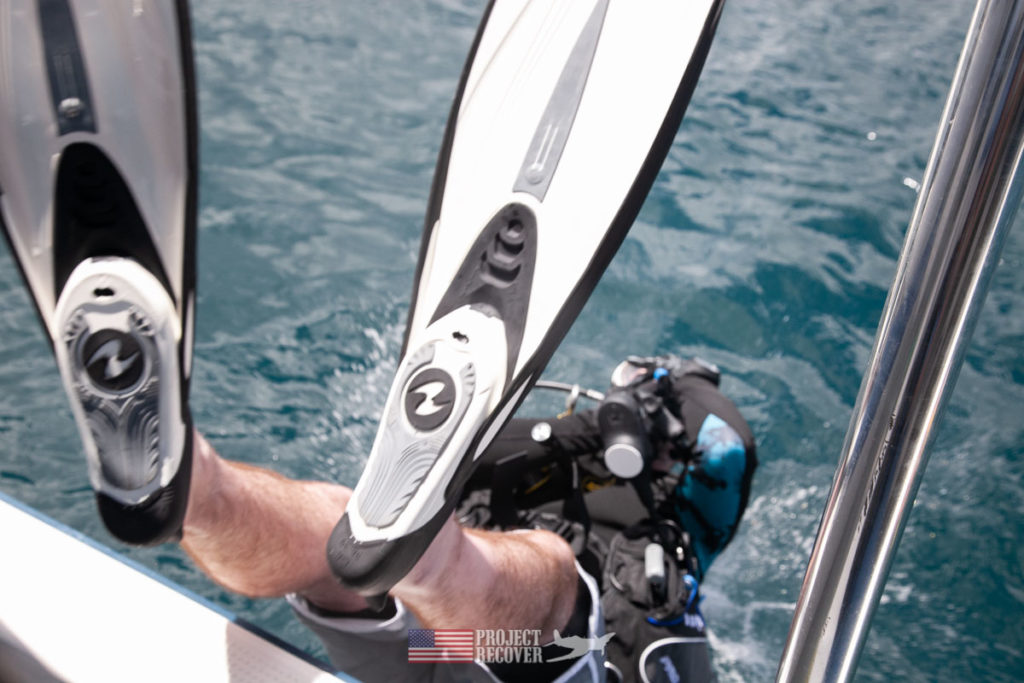 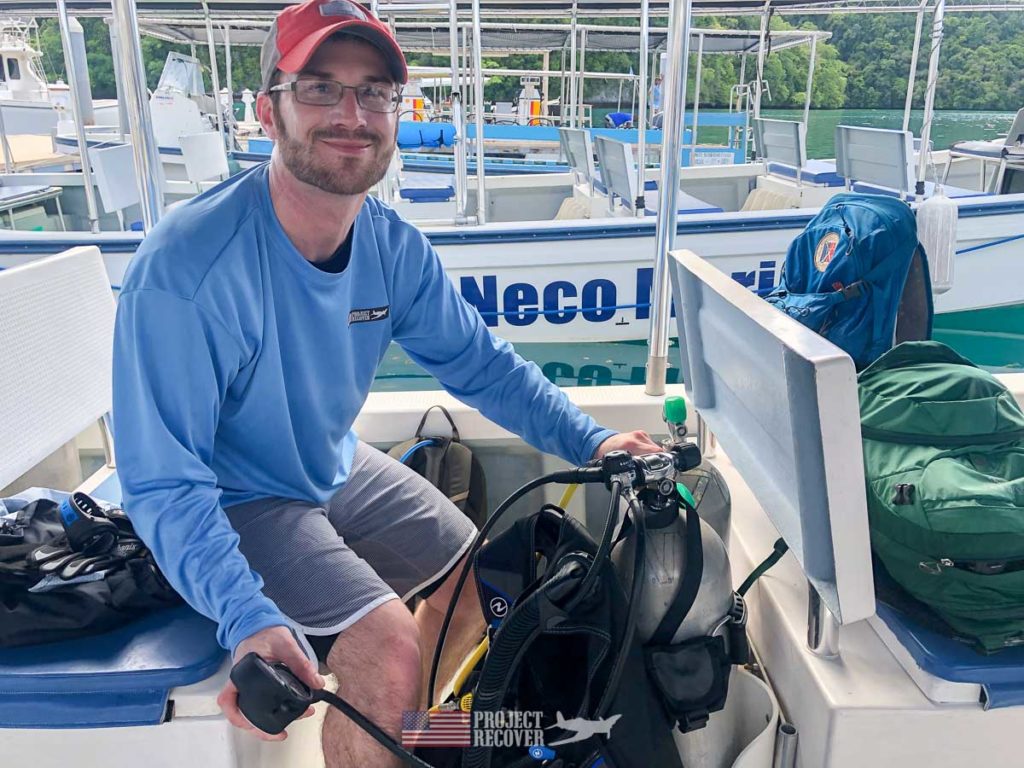 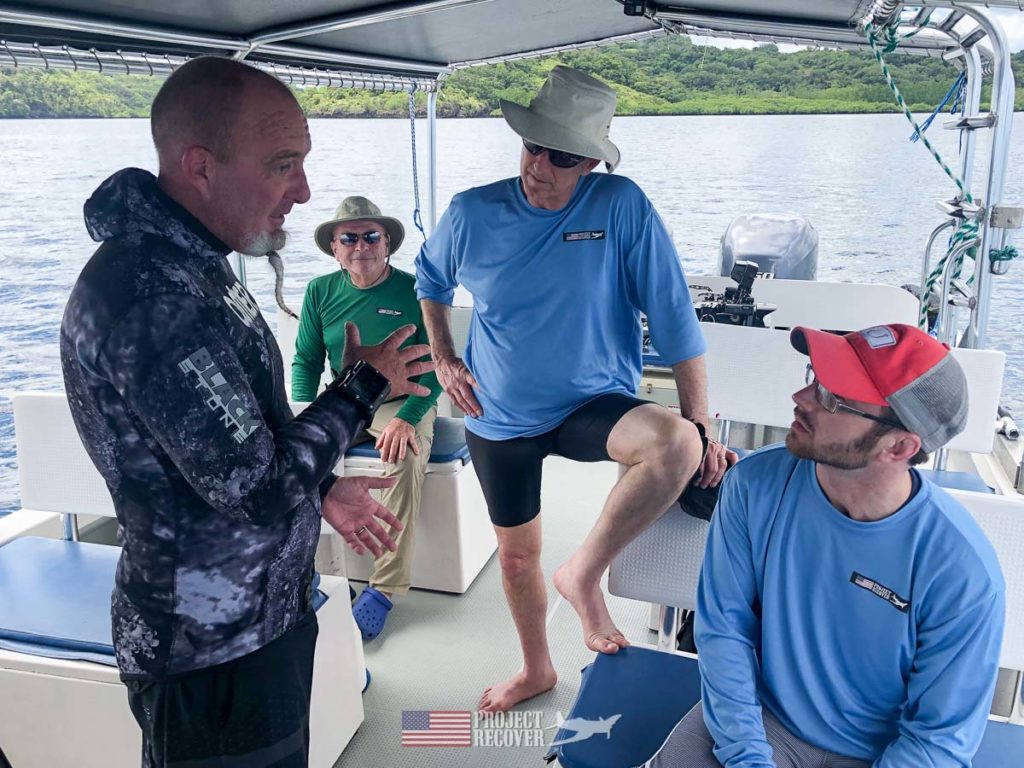 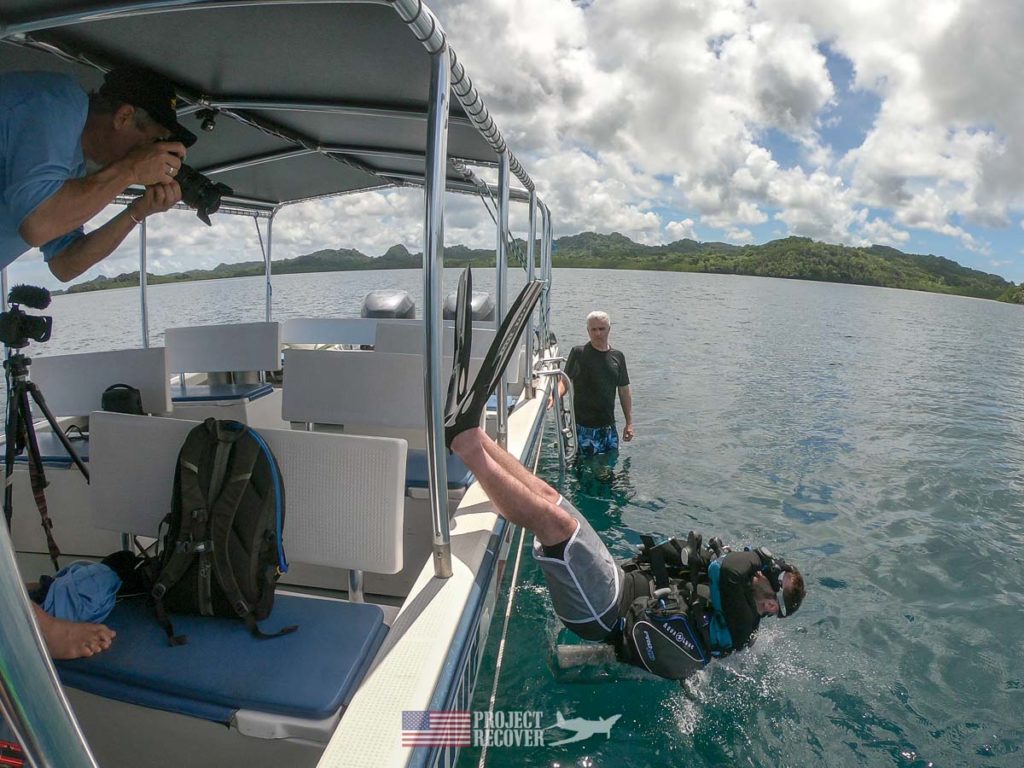 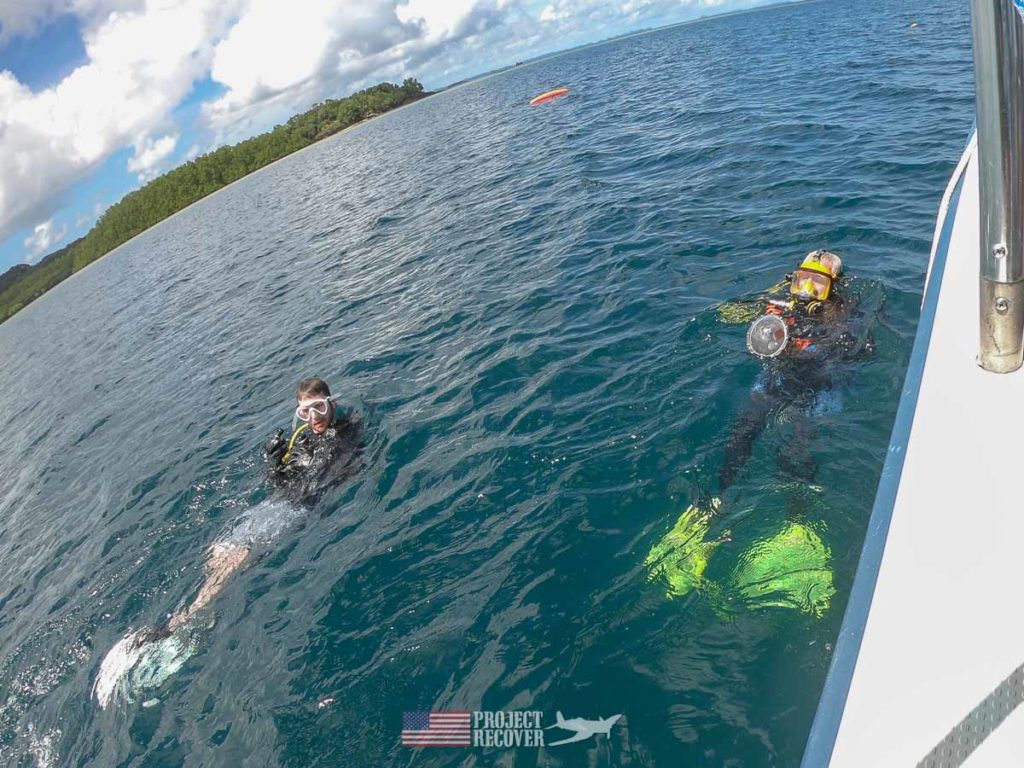 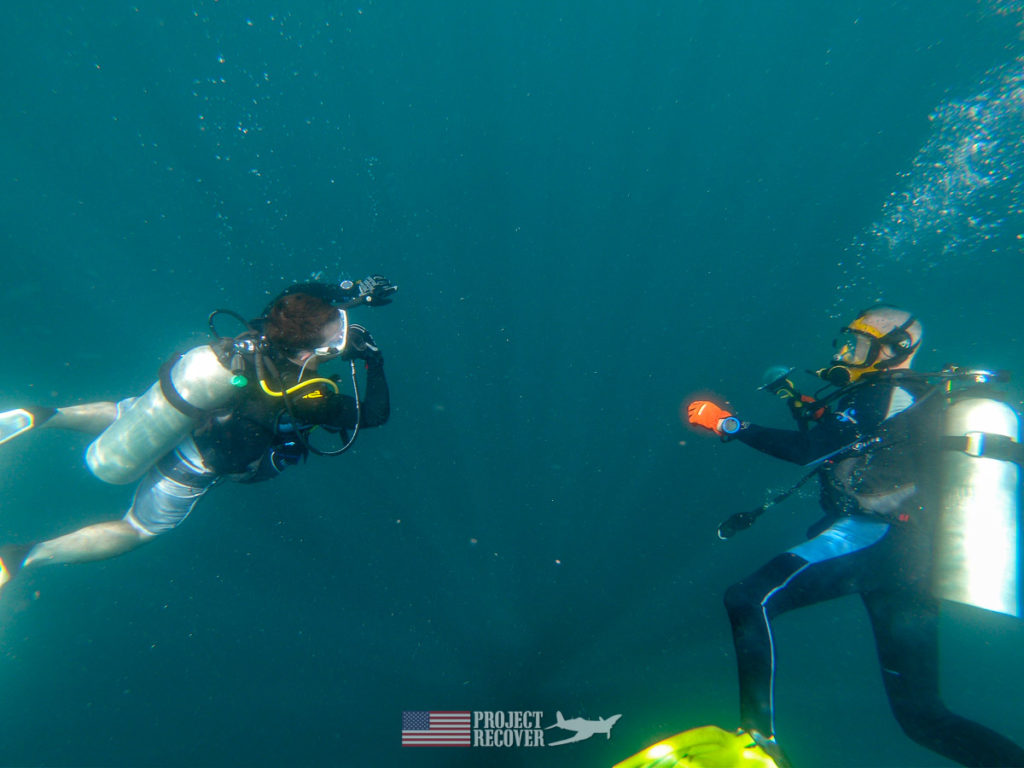 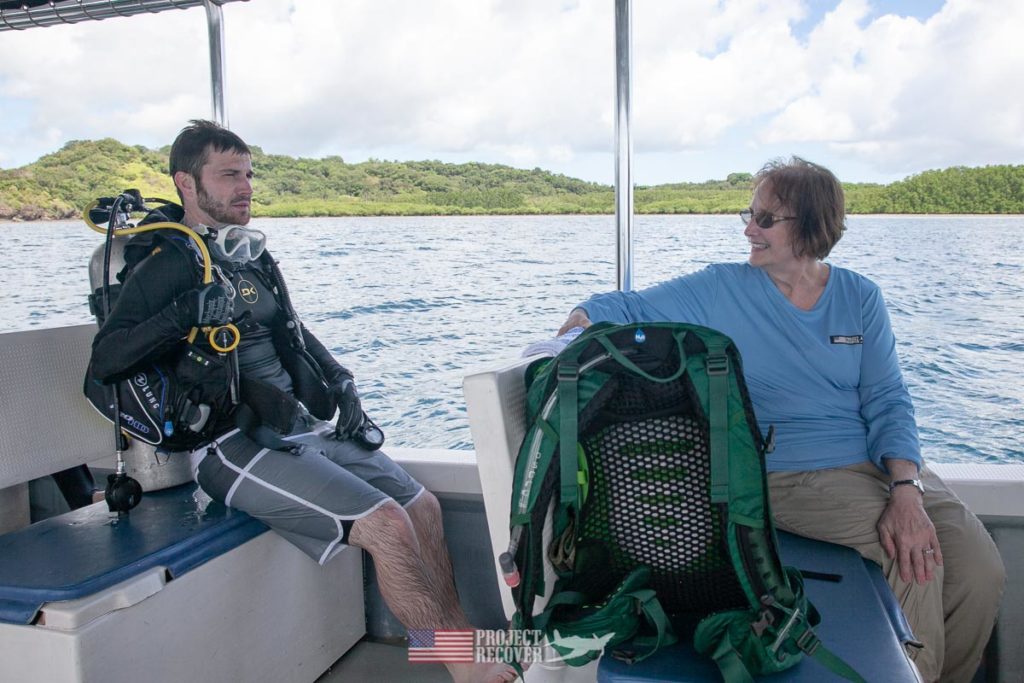 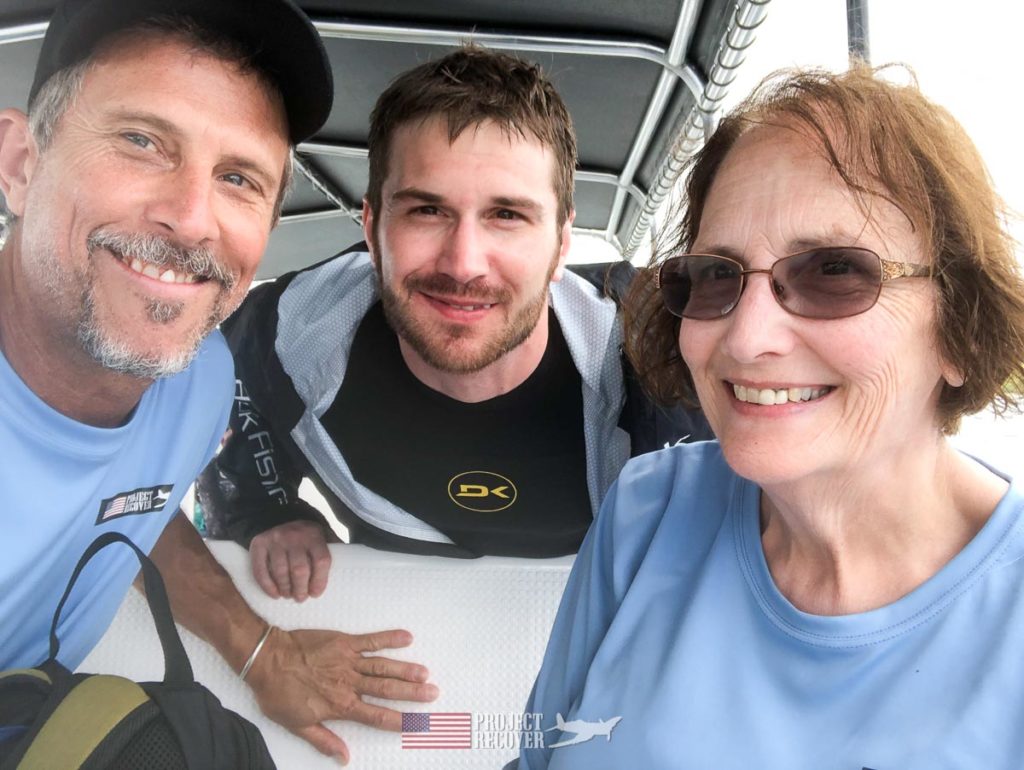