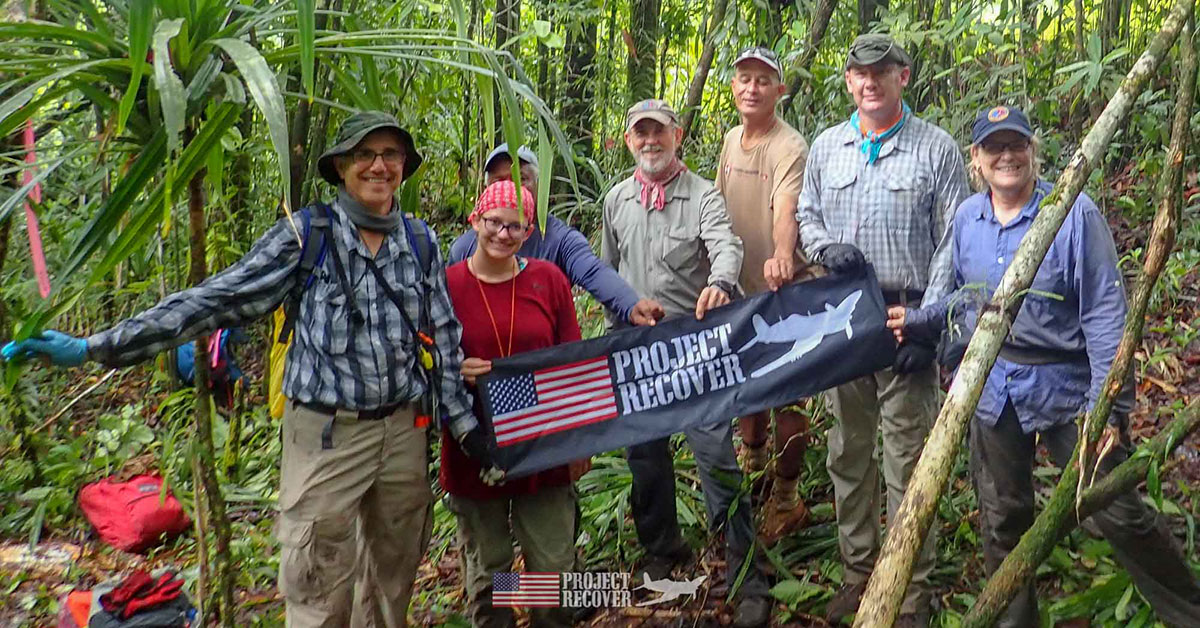 The Search For MIAs: Execution of WWII POWs and Innocents in Palau

Project Recover spent three weeks searching for the remains from the execution of WWII POWs and innocents in Palau in July 2018. It was a land-based mission with two points of focus: Police Hill and Aimeliik.

We had key support from within Palau: Richard Madrekevet, an unexploded ordnance specialist, from Cleared Ground Demining.

Travel to Palau is a mission unto itself, roughly 8,500 miles from the U.S. east coast. Initially, we spent a couple days getting permits, setting up our ‘home’ office, and laying the groundwork for our mission. Next, Jolie provided some detailed insight and information on the Palauan culture as well as rules for guidelines for working on private and government property. Respecting the people and cultures of our host country is a high priority for us. Finally, we got to work.

Police Hill got its name from the Kempeitai, Japanese Military Police, and the role in the execution of WWII POWs and innocents. The team conducted archival research and extensive interviews with Palauan elders and determined that 21 people were executed in the area, including 10 U.S. military and 11 civilians were executed here. BentProp has sectioned out areas of Police Hill in the past which we update and re-evaluate over the years. We spent about ten days there evaluating, assessing, and re-evaluating.

The team searched for artifacts and evidence that matched with our interpretations of the war crimes document statements and maps. We found trenches, mounds, metal debris, and an old Japanese road — but no eureka.

Execution of WWII POWs in Aimeliik

After ten days focused on Police Hill, we spent several days focused on Aimeliik searching for artifacts related to the execution of WWII POWs in Aimeliik. In 2014, Project Recover located a TBM Avenger that crashed there in 1944. The DPAA recovered and identified the remains of two crew members. Remains of the third crew member have not yet been located.

In 1944, the still missing crew member parachuted from the damaged plane and made it to shore in Aimeliik State. The Japanese police immediately captured and beheaded him. They placed his body in a nearby ditch. A young Palauan witnessed this event and passed the story along to his daughter, Fuana. BentProp interviewed Fuana several times in years past, and we interviewed her again on this trip. She recounted details of her father’s stories to us again and pointed to areas in our photographs where we should look.

Our story would be incomplete if we didn’t mention a few of the remarkable people we spent time with along the way.

Caterina and Rubak Palauan elders, each shared their memories of WWII with us in separate interviews. We thank them for sharing their memories with us.

Damon Stout joined us for a few gatherings. He’s making a movie about his cousin, Cowboy Stout. Cowboy Stout was shot down in his Corsair and died in the crash in Palau. His remains were found in 1947.

We ran into ‘Spike’ Nasmyth who was a Vietnam POW for 2,355 days. He and Rose joined us for a few meals where he told many stories about his time as a POW, flying, and meeting Clint Eastwood.

As always, we are honored to serve those who served and their families in pursuit of our mission to bring home MIAs.

This post about Project Recover’s 2018 mission in Palau is based on the journal of Glenn Frano. Glenn is a retired US Army Corps of Engineers’ Physical Scientist with over 39 years of experience in mapping, GIS and remote sensing. He has been a BentProp volunteer since August 2015. He has gone on two missions with the team