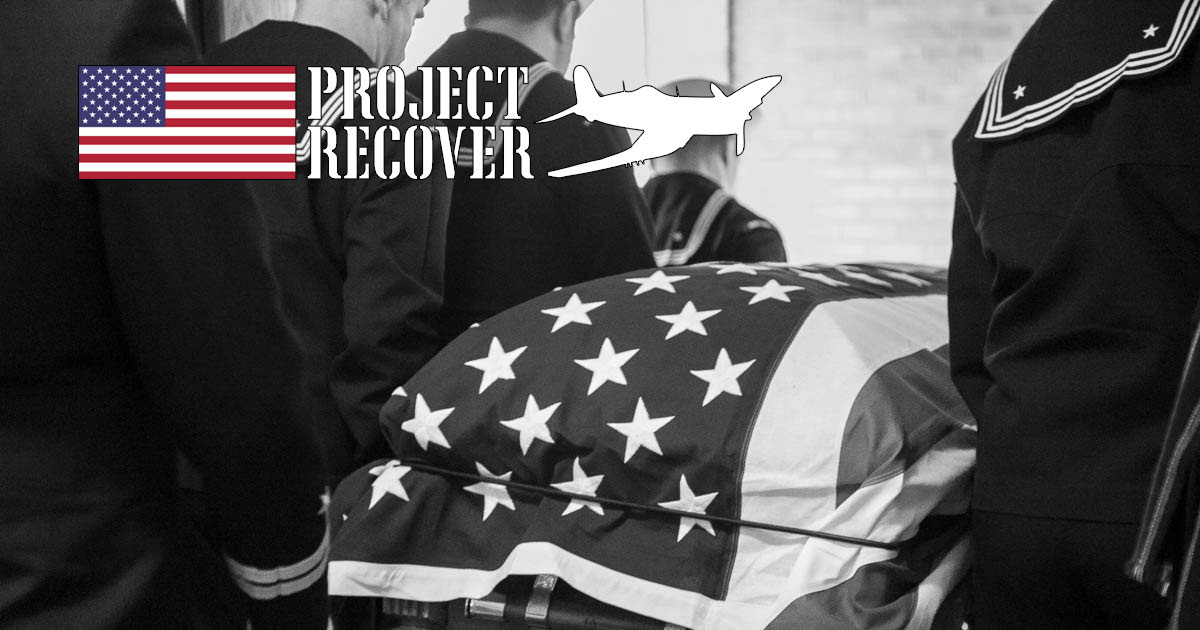 I just returned from my third WWII MIA funeral and am amazed at how the return of these courageous WWII aviators from seven decades past captures the hearts of people, strengthens family bonds across generations, and rekindles community ties.

It is impossible to fully describe the experience. I flinch with each volley of the 21-gun salute, get chills when I listen to the echoes of Taps, and am mesmerized by the white-gloved hands crisply folding the flag to be delivered to the next of kin.

Each day includes a flood of emotions that leaves me drained by day’s end. Somber tears are shed. The tears, however, are for more than sadness and loss. They are for pride in their sacrifice, joy in their return, relief in knowing, and more. The experience speaks to the heart of humanity and rekindles community.

I traveled from Michigan to Ohio and finally to Arlington National Cemetery in a six-month period and witnessed three WWII Sailors being laid to rest.  While this story includes the tragic death and disappearance of three young and vibrant men in their twenties, that is only the foundation of their tale.

ARM2c Bud Rybarczyk,  AOM2 Ora Sharninghouse, Jr., and Lt. William Punnell were listed as Missing In Action when their planes were shot down over the small nation of Palau.  The Republic of Palau is a small island nation in the South Pacific; the majority of Americans have never heard of it. Sadly, thousands of Americans valiantly lost their lives in and around Palau in an effort to push back the expansion of Empirical Japan and bring the war to a close. Rybarczyk, Sharnnghouse, and Punnell were aviators in the Navy and were shot down in two separate incidents. Rybarczyk and Sharninghouse were part of an Avenger crew and Punnell was piloting a Hellcat when they were lost. Anti-aircraft fire damaged their planes, and they crashed into the lagoon surrounding Palau. The sea was the only one who knew their true resting place until 2014. 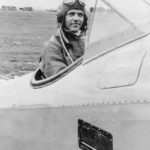 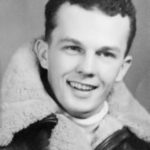 Home for Christmas – the repatriation of Albert P. “Bud” Rybarczyk from Palau, MIA since September 8, 1944. Navy Reserve Aviation Radioman 2nd Class Albert P. Rybarczyk makes it home for Christmas after 73 years. December 10-11, 2017 – Stevensville, MI. Read More: https://www.projectrecover.org/albert-p-bud-rybarczyk-wwii-radioman-buried/ — Project Recover is a collaborative effort to enlist 21st-century science and technology in a quest to find and repatriate World War II MIAs to bring recognition to the service member, closure for their families, and to help a grateful Nation keep its sacred promise to bring our MIAs home. As a result of Project Recover’s missions, there are 84 MIAs awaiting recovery at this time (January 2020). Since 1993, Project Recover (formerly The BentProp Project) has located 30+ downed World War II US aircraft associated with scores of MIA service members.

One of my highest honors is the small part I’ve played in locating these men. I learned a great deal about myself and the world through the process and years. It is a privilege to learn so much about the people and the diversity of our nation by attending the memorials of these men and others.

Each ceremony is remarkable, but each one is different. Young and old lined the streets as Ora’s funeral procession drove through small neighboring towns. Strangers stood next to their parked cars with the hands over their hearts and firemen draped their engines with flags and lined the streets while saluting.

The sun burned our necks as we walked through the hallowed grounds of Arlington National Cemetery behind William’s horse-drawn caisson.  We shivered in a foot of December snow in a small cemetery on the edge of Lake Michigan when Bud was laid to rest.

Each event rekindles community. Stories shared in the press and across social media reveal only a limited view of these events. Each conversation held with family and community member was rich.  People crossed the country from every corner of our nation.

I sat with a great-niece at a dinner the evening before one of the memorials. She had traveled from Las Vegas and shared the impact that the event had on her. People at her local grocery stores peppered her with questions about her uncle and his return. Family members she’d never met before were now familiar.  She even insisted on bringing us to her favorite local ice cream shop in town, and it was amazing.

Often distant relatives attend the ceremonies. Even people with no connection to the MIA attend and pay their respects. Sometimes these are military members or government representatives. The Governor’s representative in Ohio spoke at that the ceremony, and she shared how her mother went to school with Ora, drawing the community even closer. We, of course, are always outsiders, but each family has been enormously gracious in allowing us to share in these special moments. I wish every American could experience the community created in these moments.

I walk away from each of these memorials with a sense of fulfillment. While I honor and recognize the loss and sacrifice of each man, I feel invigorated by the experience. Their legacy rekindles community, and I feel proud to be associated with these men across the decades. My own internal flame burns brighter for our mission.

I made my first connection with the BentProp Project in 2004 when I became friends with the founder, Dr. Pat Scannon. Shortly after we became friends, Pat invited me to be a member of his team. At the time, I was an active duty Marine. I was eager to join the BentProp missions, but was in the midst of my own war.  Three years passed before I could join a mission. I felt a sense of irony as I returned from deployment in Iraq and immediately left on a BentProp mission.

Over the 10 years spanning my introduction to BentProp and finally locating the two crash sites in 2014, we would often say the names of these men. We studied and studied, planned and planned, and searched and searched for them until they were finally found. It may sound odd, but we develop relationships with the men that we look for. We developed a relationship with Bud, Ora, and William. Rekindling community across the span of time, with people and families we don’t know, begins with the search.

When we finally located the two crash sites, we were 99% positive we knew we’d found these specific men in 2014. The effort to locate and repatriate MIAs, however, is an exact scientific process and involves multiple agencies. It took another three years for their recovery and the identification to occur.

The process is long, but ultimately comes full circle to our mission. Our goal, to locate and return MIAs to their families and finally answer old questions, is fulfilled.

Our team toasts this success – and acknowledge that we have much more work to do.

We will remember them…