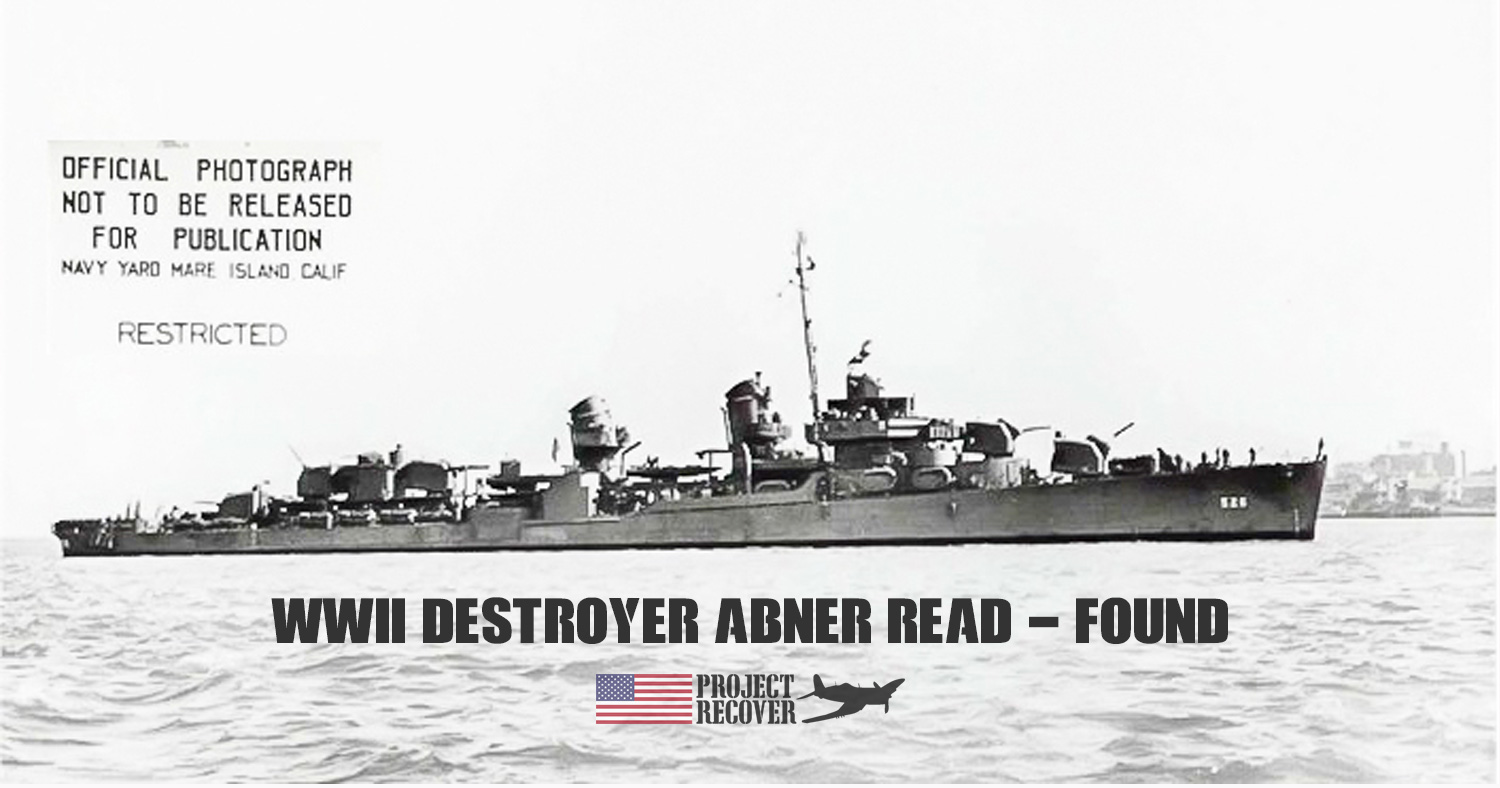 For almost 75 years, the stern of the destroyer USS Abner Read lay somewhere below the dark surface of the Bering Sea off the Aleutian island of Kiska, where it sank after being torn off by an explosion while conducting an anti-submarine patrol. Seventy-one U.S. Navy sailors were lost in the aftermath of the blast, during a brutal and largely overlooked early campaign of World War II.

Heroic action by the crew saved the ship, but for the families of the doomed sailors, the final resting place of loved ones lost in the predawn hours of Aug. 18, 1943 remained unknown.

On July 17, a NOAA Office of Exploration and Research-funded team of scientists from Scripps Institution of Oceanography at the University of California San Diego and the University of Delaware aided by four U.S. Navy sailors assigned to the Naval Special Warfare Group discovered the missing 75- foot stern section in 290 feet of water off Kiska, one of only two United States territories to be occupied by foreign forces in the last 200 years.

“This is a significant discovery that will shed light on this little-known episode in our history,” said retired Navy Rear Adm. Tim Gallaudet, PhD, acting under secretary of commerce for oceans and atmosphere and NOAA administrator. “It’s important to honor these U.S. Navy sailors who made the ultimate sacrifice for our nation.” 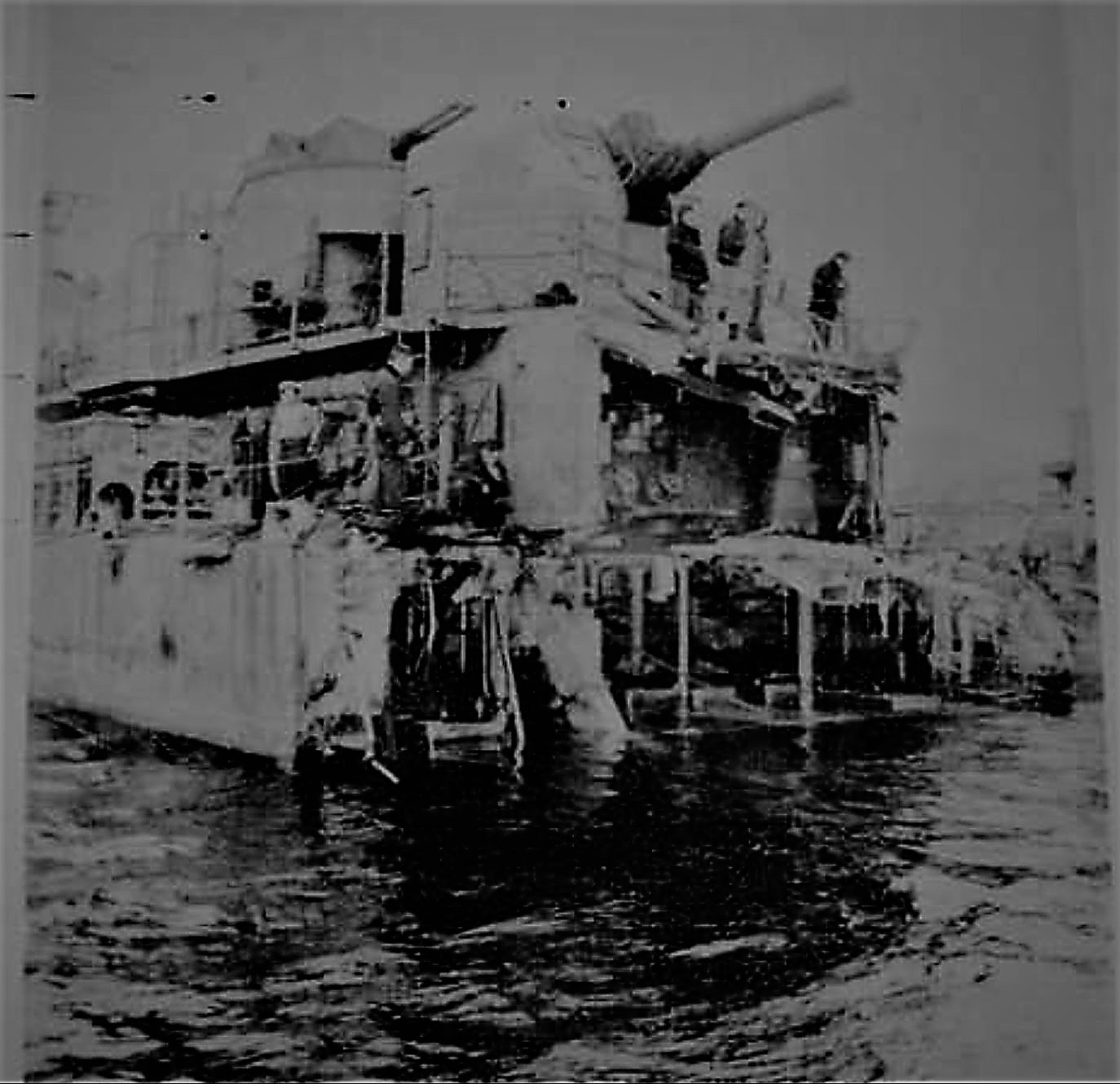 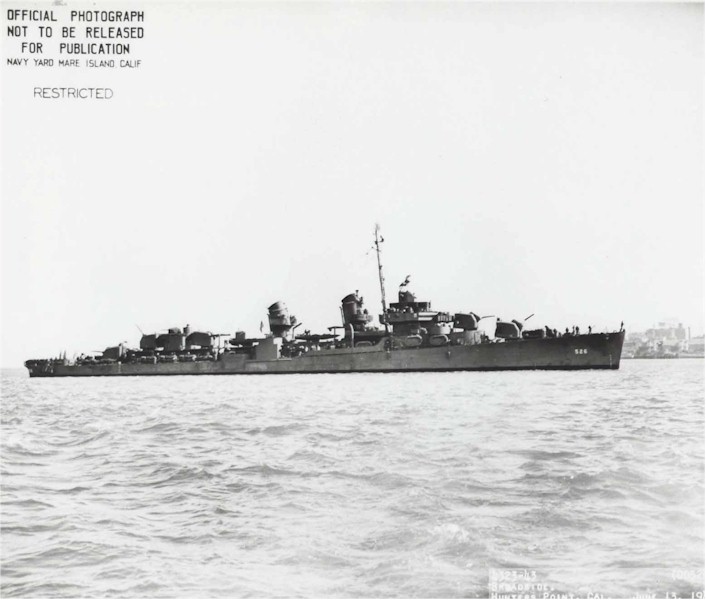 Abner Read was on patrol at about 1:50 a.m. when the massive explosion — presumed to be from a Japanese mine — ripped the destroyer apart. Somehow the crew kept the main part of Abner Read’s hull watertight, and two nearby Navy ships towed it back to port. “This was catastrophic damage that by all rights should have sunk the entire ship,” said Sam Cox, curator of the Navy and director of the Naval History and Heritage Command.

Within months, the destroyer was back in the war. It went on to fight in several battles in the Pacific Theater before being destroyed in November 1944 by a Japanese dive bomber in a kamikaze attack during the battle of Leyte Gulf. Abner Read received four battle stars for her World War II service.

Meanwhile, the ship’s shorn stern was lost but not forgotten. Finding it was a primary goal of the July mission to document the underwater battlefield off Kiska. In addition to NOAA and Scripps, the project was supported by Project Recover.

Historians have been able to study battles on Kiska and Attu, the Aleutian islands that were attacked and occupied by as many as 7,200 Japanese forces from June 1942 to mid-August 1943, but this Kiska mission was the first to thoroughly explore the underwater battlefield. Many ships, aircraft and submarines from both the United States and Japan were lost during a punishing 15-month campaign to reclaim this distant windy and fogbound corner of America.

Now, recent advancements in undersea technology, many developed by the Office of Naval Research, are helping to reveal the forgotten histories of long-ago valor.

After multibeam sonar mounted to the side of the research ship Norseman II identified a promising target, the team sent down a deep-diving, remotely operated vehicle to capture live video for confirmation. “There was no doubt,” said expedition leader Eric Terrill, an oceanographer at Scripps Institution of Oceanography and co-founder of Project Recover. “We could clearly see the broken stern, the gun and rudder control, all consistent with the historical documents.” 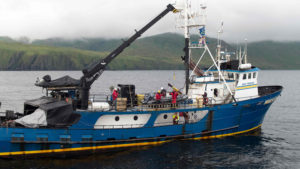 UUV launch from the Norseman II near Kiska, Alaska 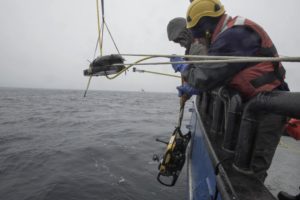 An ROV is deployed near Kiska, Alaska, by Project Recover staff including Dr. Matthew Breece

“We’ve entered a new age of exploration,” added Mark Moline, director of the School of Marine Science and Policy at the University of Delaware and co-founder of Project Recover. “New sensors and improved underwater robots that can bring back real-time images are driving new discoveries.”

Wrecks like Abner Read are protected from activities that disturb, remove, or damage them or their contents by Sunken Military Craft Act of 2004, though exceptions can be made for activities that have archaeological, historical, or educational purposes. The twisted metal and sharp edges of sunken military wreckage can pose life-threatening risks to divers, but according to the Naval History and Heritage Command, there’s a more important reason to protect sites like the Abner Read. They are often war graves, recognized by the U.S. Navy as the fit and final resting place for those who perished at sea.

“We take our responsibility to protect those wrecks seriously,” said Cox. “They’re the last resting place of American sailors.”

Read about the Mission Plan: