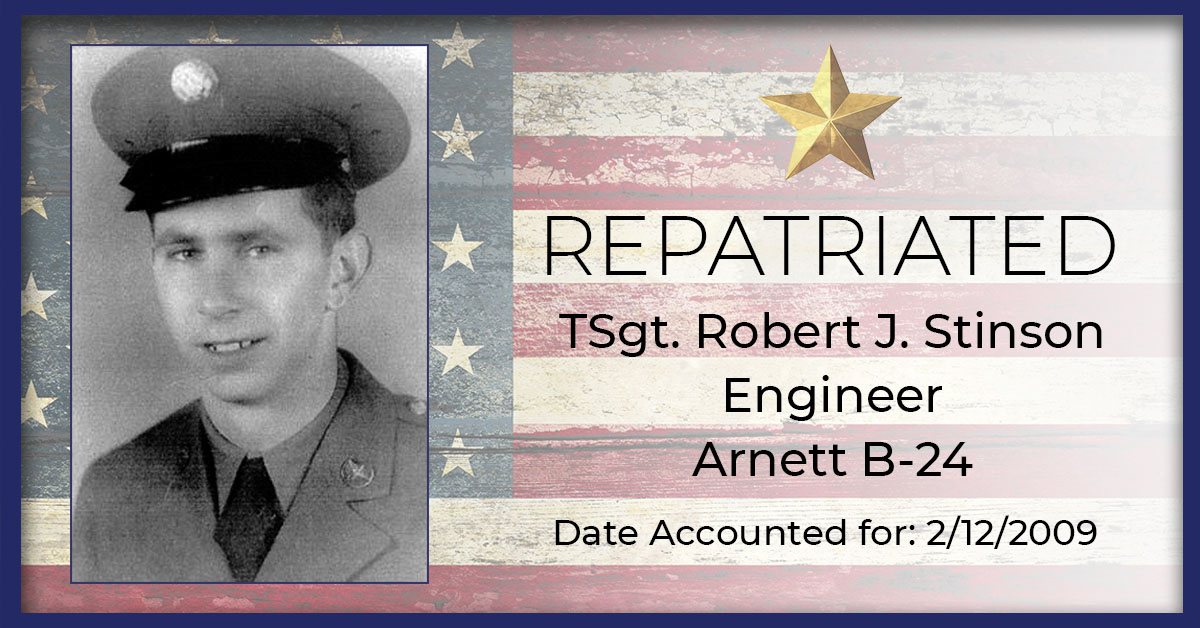 TSgt. Robert J. Stinson was accounted for by the Defense POW/MIA Accounting Agency. Project Recover located his downed B-24 in January 2004 and is honored to play a vital role in his repatriation.

Project Recover humbly acknowledges TSgt. Stinson’s service and sacrifice, as well as the enduring loss to his family. We are grateful and honored to play a vital role in bringing him home. The repatriation of TSgt. Stinson helps resolve generational grief and awaken us to gratitude, hope, love, and unity. This is the legacy of our MIAs and their final mission.

The B-24 was shot down on September 1, 1944, on a bombing mission over Palau. TSgt. Stinson was declared MIA.

For two decades after her son was declared MIA, Vella Stinson faithfully wrote the U.S. government twice a month to ask if his body had been found – or if anyone was looking.

TSgt. Stinson was buried in a common grave at Arlington National Cemetery in 2010. He was also buried in his hometown, San Bernardino, California.

Stinson’s two surviving brothers celebrated that their brother, the 6-foot-4 clown with curly hair and a love of sports and poker, was home.

Three crew members were not recovered from the B-24. They parachuted from the aircraft, were then captured, and executed by enemy forces. They remain MIA.