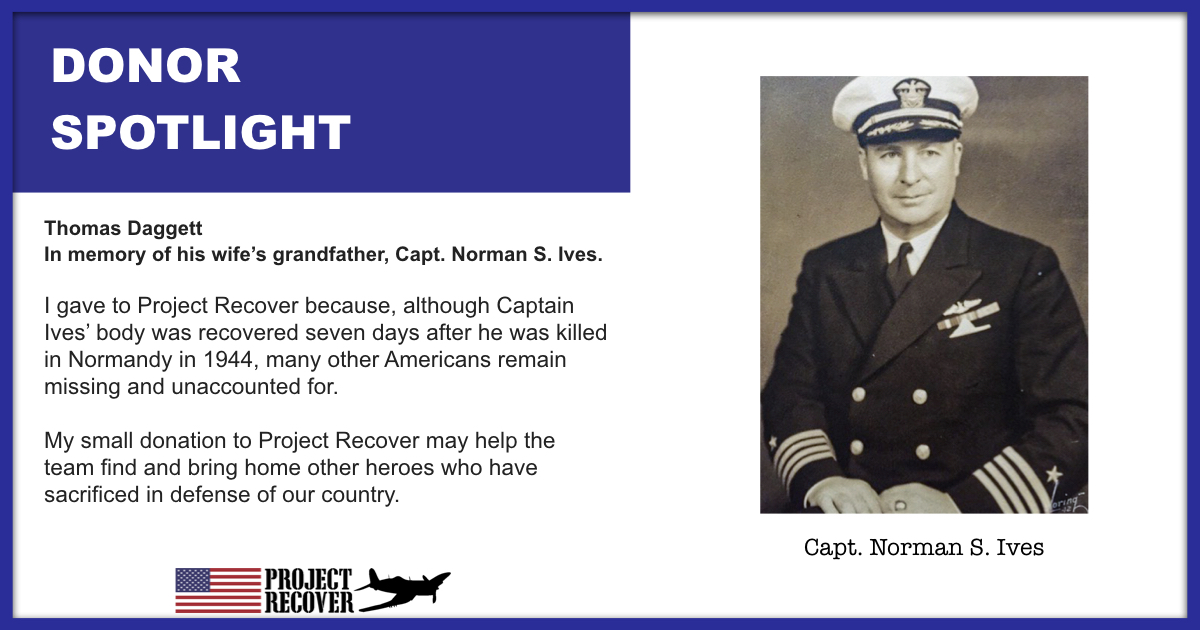 I gave to Project Recover because, although Captain Ives’ body was recovered 7 days after he was killed in Normandy in 1944, many other Americans remain missing and unaccounted for.   My small donation to Project Recover may help the team find and bring home other heroes who have sacrificed in defense of our country.

Captain Norman S. Ives was killed in an ambush on August 2, 1944, outside of the town of Dol-de-Bretagne in Normandy.  The French citizens from Dol contacted the Daggett’s to let them know they had erected a roadside monument in honor of the men who were killed there in World War II. Thomas and Barbara attended a ceremony there on Jun 6, 2016, on the 72nd anniversary of D-Day.

“I have to say that the French people in Normandy have never forgotten our fallen,” Thomas Dagget said.

The Daggett’s submitted the following photos of the monument and Capt Norman S. Ive’s granddaughter, Barbara. One of the photos shows the gentleman responsible for erecting the monument. He is also an American GI re-enactor.

We believe bringing our MIAs home is a mission for every American.