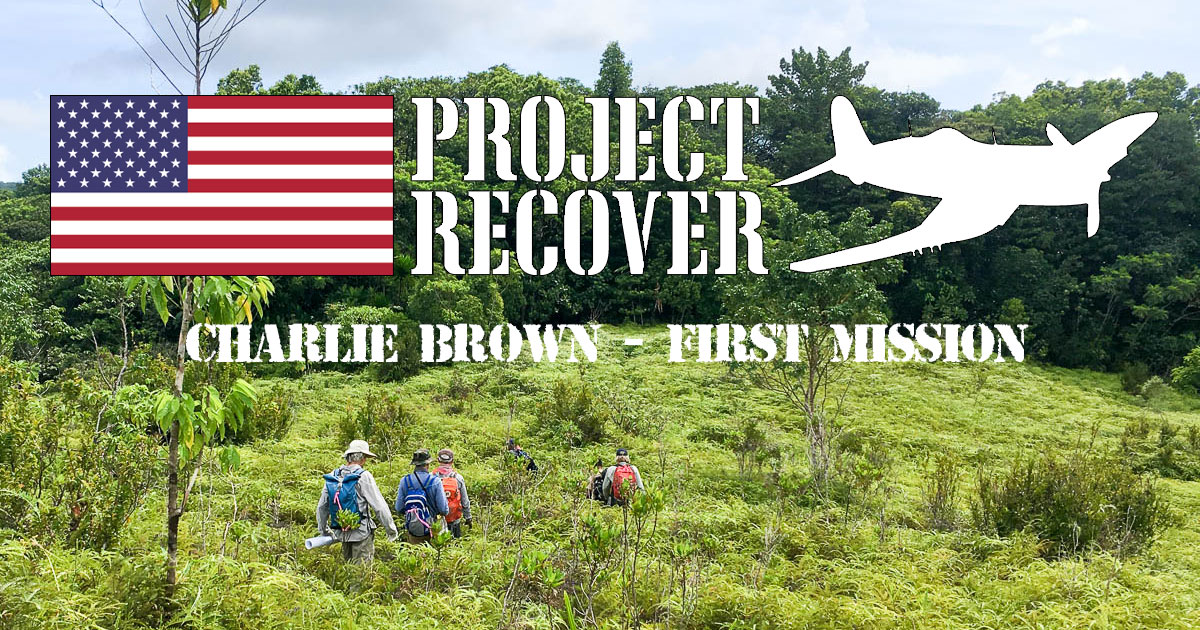 Mission to Find the MIA and Executed

Mission to find the MIA and executed

Hi folks, it’s Charles “Charlie” Brown here, one of two new Bent Prop members on this mission to find the executed MIA and innocents from WWII in Palau. I’ll be covering a bit of what transpired after Derek left Palau. Glenn Frano is the other new guy, and it was a pleasure getting to know him and the other team members that. Derek’s sense of humor had us laughing the whole time. Glenn had me laughing like a hyena too.

Although I’d flown around the world before, the flights to Palau seemed especially brutal and I think it may have been easier just to stay in Palau the rest of my life. But alas, we all had to leave a few days after Derek’s departure.

What we accomplished after Derek left Palau – in a nutshell – was further exploration of areas considered a likely execution and/or burial sites for the people Derek listed, and a good interview of the daughter of the witness to the Avenger downing.

I’ll start with this last item, which in my opinion was the most significant part of the Mission to find the MIA and executed. I say this for several reasons, not the least of which is because I couldn’t imagine an eyewitness testimony passed down to a child and eventually given to investigators a generation later! And this is precisely what happened, and the interesting thing is the accuracy of her recollection of her father’s (apparently accurate) recollection. I use the word, “accurate” because the location of the Avenger she already gave from an earlier interview was spot on. So we’re hoping the location of the buried Avenger pilot will be close to where she pointed out as well.

Our Mission to find the MIA and executed turned up a couple of interesting things we found while reconnoitering possible execution sites of the UDT members, downed aviators, and Jesuit priests: Buried Japanese WWII tanks. Over ninety percent buried. We found about eight additional to what was already documented from earlier missions. Since the question of why they were buried is still a mystery, I thought I’d employ a unique ‘Sherlock Holmes-like’ strategy: I Googled it.

Dunno if it’s the reason for the tanks on Palau being buried, but a caption on a photo taken on Tarawa in ’44 reads, “Tanks were not well suited for Pacific island use; this partially buried Type 95 Ha-Go on Tarawa was used as a revetment.”

Another interesting find was – of all things – an art piece. The feature that was most interesting IMO was its location – in the jungle where a small Japanese WWII building (of some sort) was located. It was made of lead and was very heavy for its size (about 6” x 4” and about 3 or 4 pounds). It was covered in a creme colored paint, which was still in decent condition. Glenn researched it and found it to be symbolic of peace, harmony, wisdom, and “avoidance of wrongdoing.” Hmmmm…

Intriguing Things as a Team Newbie

Joe Maldangesang. I have more respect for this Palauan every day. On one of our stream crossings, we all scooted on our butts across a log. Because a fall from attempting a standing walk across would surely have resulted in serious injury – broken leg or ankle for sure. But Joe walked across. I was behind him when his left foot slipped when he was over the middle. I held my breath as he stopped, steadied himself, and continued walking across :-). Dengue fever from mosquito bites is always a concern, so I used lots of deet-infused bug repellent. Perhaps a bit too much because I thought I might’ve smelled it in my urine. What’s worse – Dengue fever or Deet poisoning? But all-in-all, an adventure I felt privileged to be a part of this amazing experience.

Read other posts about Project Recover’s Missions to Palau:

Read posts about Project Recover’s 2018 Mission to the Solomon Islands: 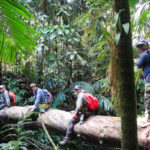 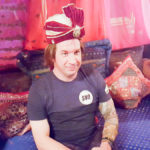 Derek hams it up at the Taj 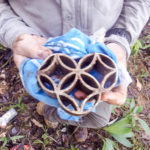 Art symbolic of peace, harmony, wisdom, and “avoidance of wrongdoing.” 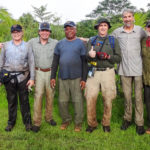