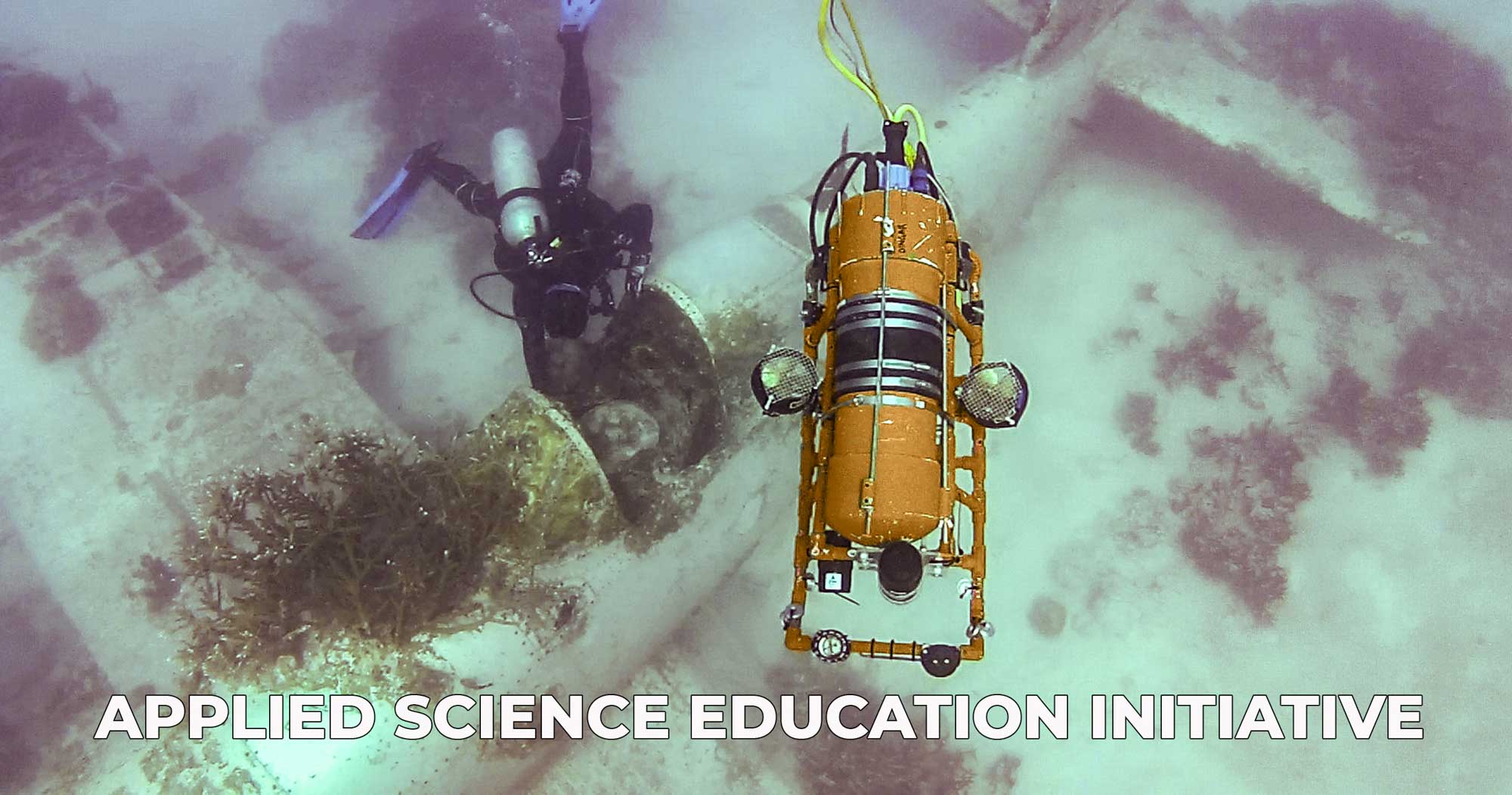 Project Recover’s work with Stockbridge High School Underwater Robotics Team is a cornerstone educational initiative and the brainchild of Flip Colmer. It resulted in Stockbridge High School Underwater Robotics Team traveling with Project Recover (then The BentProp Project) to Palau four times from 2012-2015. The initiative changed lives, influenced educational practices throughout Michigan, and was even the basis for new legislation in the state.

“Flip’s vision opened up the world beyond rural Stockbridge for so many. The project became a point of pride in our community and schools. It gave students, teachers, and community members a new outlook on what our students are capable of when properly supported and encouraged.“

In April 2011, Flip Colmer just returned home from the team’s 13th mission to Palau. Blurry-eyed from a 13 hours time difference, he sat on the couch for recuperation from extensive travel. When he opened the local newspaper, however, he noticed an article on the Stockbridge High School Underwater Robotics Team. They had just won the Great Lakes Regional ROV Competition and were on their way to compete at the MATE (Marine Advanced Technology Education) International ROV Competition at NASA’s Neutral Buoyancy Lab (NBL) in Houston Texas.

He leaped up almost immediately and placed a call to the superintendent of the Stockbridge School District in rural Michigan. He had one question.

“Would the underwater robotics team like to make an ROV for The BentProp Project to help us search for WWII crash sites and bring home MIAs?”

Or, in Flip’s words, would the Stockbridge High Underwater Robotics Team be interested in ”having a real-world mission for the team instead of imaging pool drains?”

“We’re in! I don’t know how we’re going to do it, but we’re in.” Bob Richards, Business & Technology Teacher.

The challenge was significant. Stockbridge High School is in a rural farm district at the intersection of four counties in Southeast Michigan. Approximately 40% of the 1,100 students there qualify for free or reduced lunch. If it was going to happen, the faculty and students would be largely responsible for making it happen for themselves.

This was not the first time Stockbridge High School would go against the odds to overcome a challenge. The winning underwater robotics team is from a landlocked district with no ocean in sight. Under the guidance of Bob Richards, the Business & Technology teacher, the team has been building ROVs at the Thunder Bay National Marine Sanctuary in Lake Huron. The ROVs are tied to vehicles that control them at the surface They can then be outfitted with a camera, water quality monitoring, or other equipment to study the underwater environment.

A Project for Stockbridge High

Stockbridge High School raised enough money to build the robot and send the entire team to Palau for a two-week mission.

The Stockbridge High Underwater Robotics Team arrived in Palau for the first time in March 2012. They’d built an ROV to help survey targets Project Recover had been developing over the previous few years. Their ROV was built to go as deep as 200’ however most of the targets of interest were at 125’. The ROV was outfitted with a compact SSS unit as well.

After some technical issues, the team was able to take images of the target of interest, a Corsair. The Stockbridge High School Underwater Robotics Team learned more than just about ROVs. They learned about teamwork, patience, traveling, as well as leadership, science, technology, advertising, and marketing. They learned it all in the context of recognizing and honoring the Greatest Generation.

“The robotics experience at Stockbridge and in Palau meant so much to me. The older I get the more I become more grateful for that whole experience. It taught me how to talk to professionals and network at such a young age. At this point, I feel like I am almost a pro. I can go to networking or speaking events and not have any nerves. I feel like being involved with the robotics program is what really kick-started my confidence in that area.

The robotics program and Palau kind of helped me find myself. I realized I liked marketing, advertising, and planning all of our little fundraisers. Now I am going to be graduating with a major in event management and a minor in advertising.

Lastly, robotics and Palau have meant so much to me personally. I look at everything so differently since then. How lucky we are to live in America.

‘Lucky, honored, and grateful’ are the words that sum up my experience and being a part of that team.”

Where Are They Now

When Flip called Stockbridge High School that spring day, he envisioned a project that was more than making an ROV.

Project Recover’s goal was to provide a unique learning opportunity for them that encompassed an immersive life experience.

“The goal was to mentor them and give them an opportunity to explore, experiment, and work as a team in an environment few adults, let alone teens, can.”

The students have since graduated high school and gone in many varied directions. Many went to school for mechanical engineering, some to fields in medicine biotechnology, software engineering, sustainability, photography, lobbying, and more. It is always a pleasure to get updates from them and learn ‘where they are now.’

Our team remembers our first years with the Stockbridge Underwater Robotics Team with fondness. We are grateful that we could help facilitate a remarkable educational experience for our teens. Our team remains in communication with Bob Richards today. And, yes, Bob Richards is a Project Recover team member!

Project Recover aims big. When we embark on a mission, it is with honoring the past, fulfilling the present, and transforming the future in mind. We don’t always know how that will unfold. We commit to giving everything to the mission at the moment and believe the rest will take care of itself.

This project was successful in numerous ways. First, it gave the Stockbridge Underwater Robotics Team life-changing experiences four years in a row. It also led to unexpected legislative action in Michigan.

The state gave $3,050,000.00 in funding for STEM programs in Michigan. The funding was for project-based experiential learning and used Stockbridge High School as a model for success.

“The Stockbridge/BentProp collaboration is the story of all stories and helped move the needle on this legislation.”

The team has been busy since then. First, Bob Richards, the faculty advisor for Stockbridge Underwater Robotics Team, won the Marshall Plan Grant in Michigan in 2018. The grant helped him grow the school’s underwater robotics program. Then, in 2018, the team also traveled to American Samoa to conduct ROV workshops at the local high schools. Finally, in 2019, the team earned a $10,000 grant from the Lemelson-MIT Program to build a deep-sea surveillance robot.

Project Recover is proud to have provided this unique educational opportunity to Stockbridge High School Underwater Robotics Team. We are grateful to Flip Colmer and Bob Richards for their willingness to say “YES” and go for it.