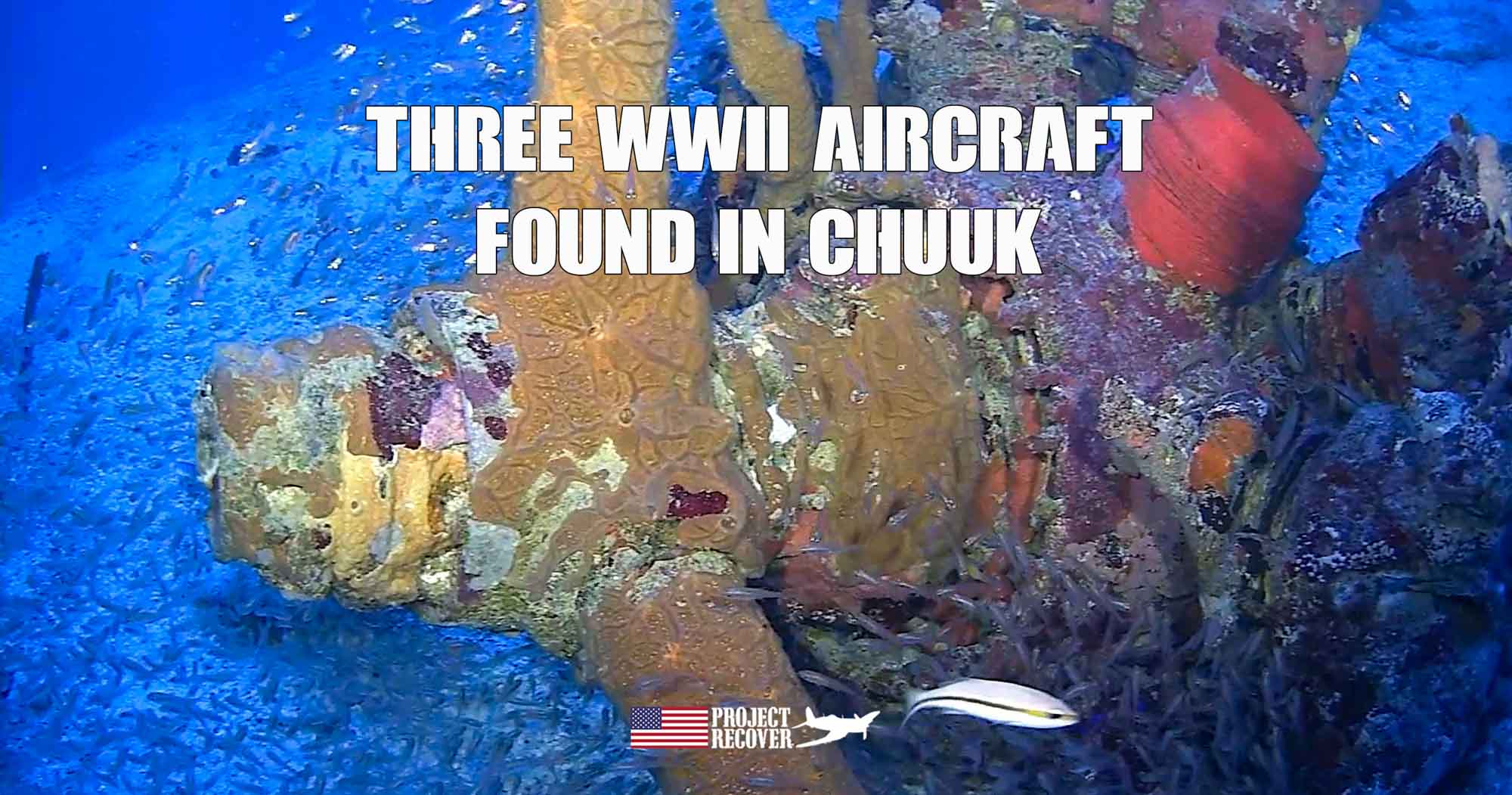 Project Recover located three World War II aircraft in Chuuk. The team identified two SBD – 5 Dauntless divers and one TBM/F-1 Avenger torpedo bomber in the Truk Lagoon. Researchers from the School of Marine Science and Policy at the University of Delaware and the Scripps Institution of Oceanography at the University of California, San Diego, located the crash sites. Both are co-founding partners with Project Recover. The downed aircraft are associated with seven WWII MIAs.

The US won the battle. The task force destroyed more than 50 Japanese ships and 200 aircraft. However, the US lost more than 30 aircraft during Operation Hailstone. Twelve of the downed WWII aircraft in Chuuk are likely in Truk Lagoon. Those aircraft are associated with 23 MIA servicemembers.

Locating the WWII Aircraft in Chuuk

Project Recover conducted four missions in Chuuk from April 2018 through December 2019. They spent a total of 50 days on the water and surveyed 27 square miles of the ocean floor at depths from 100 to 215’ deep. The underwater searches are accomplished by repetitive surveys with side-scan sonar on autonomous underwater robotic technology launched from small dive boats. Once non-natural debris on the seafloor is detected by sonar, divers and underwater robots with advanced imaging systems further investigate the sites. Three of the 61 sites interrogated revealed U.S. aircraft.

Truk Lagoon is a popular diving destination, however, no one has previously spotted the three World War II aircraft. Mark Moline, Project Recover co-founder, expedition leader, and director of the University of Delaware’s School of Marine Science and Policy explains.

“When these aircraft crash into the water, they don’t look like aircraft anymore. Most of them are piles of metal that don’t rise very far off the bottom. The exception is the propeller, usually sticking out.”

A gunner’s eyewitness report describing a Dauntless dive bomber fall while firing on a Japanese transport ship helped identify the location of the WWII aircraft in Chuuk.

Project Recover will share the crash site documentation with Defense POW/MIA Accounting Agency (DPAA) as well as and the Federated States of Micronesia.

“While the discovery of these sites is exhilarating and validating, these feelings are mixed with the humbling emotions of the sacrifices made by these service members and their families in protecting our freedoms.”

We are grateful to Dan Friedkin and The Freidkin Group whose generous sponsorship since 2014 made this mission possible. Dan Friedkin is Chairman of Project Recover and Chairman and CEO of The Friedkin Group. Privately held, The Friedkin Group is a consortium of businesses and investments in a variety of industries including automotive, hospitality, entertainment, golf, and adventure.

Project Recover is a collaborative effort to enlist 21st-century science and technology in a quest to find and repatriate Americans missing in action since World War II, in order to provide recognition and closure for families and the nation.

“We remain committed to locating more Americans missing in action in Chuuk and around the world,” said Derek Abbey, Project Recover President and CEO said.