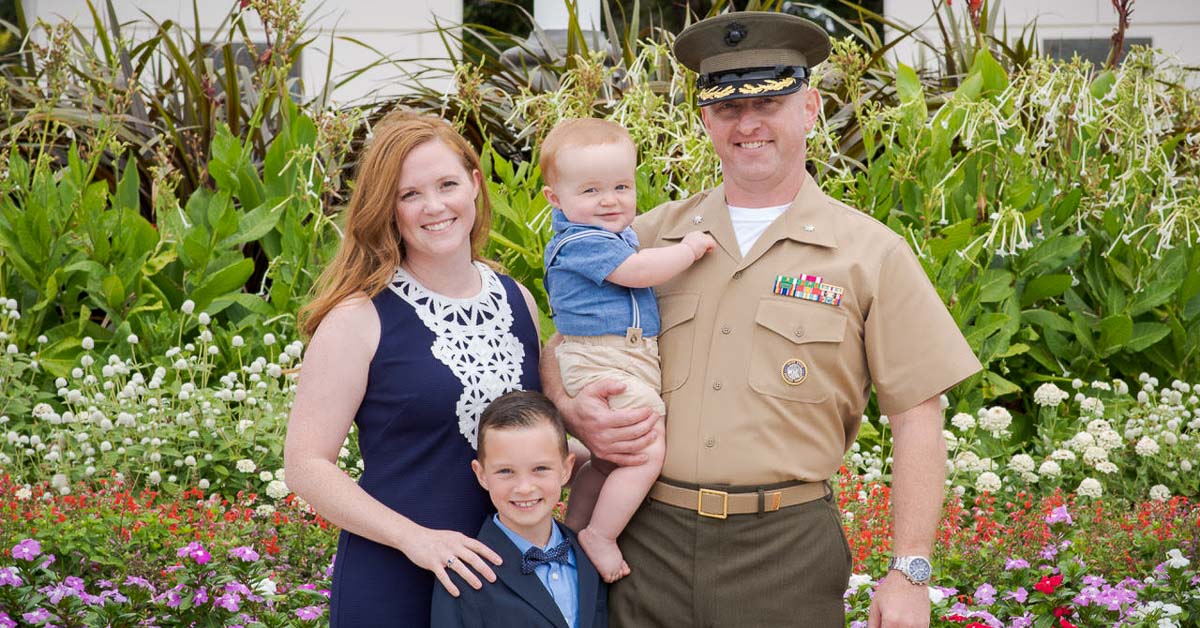 On September 1, 2020, 76 years to the day after SSgt. Jimmie Doyle was shot down over Palau, his grandson, Casey W. Doyle, was promoted to Lieutenant Colonel in the United States Marine Corps.

“I feel it is a small cosmic homage to Jimmie and the sacrifices of hundreds of thousands before me,” Casey said about the coincidence. Casey has been a Project Recover team member since 2009.

In 1994, Project Recover, then The BentProp Project, began searching for the B-24 on which Casey’s grandfather had been the nose-gunner. Ten years later, they found it. The remains of SSgt. Jimmie Doyle were still in the nose turret of the aircraft. His son, Tommy, dove with the Project Recover team to the aircraft more than six decades after his father went missing.

In 2009, Casey Doyle, then a Captain in the USMC, escorted his grandfather’s remains on the final leg of his journey home. SSgt. Jimmie Doyle was buried next to his beloved wife, Myrtle, on April 25, 2009, in Lemesa, Texas. Casey Doyle became a Project Recover team member on the same day.

“War has many gruesome aspects, but POWs/MIAs who remain unaccounted for have a brutal psychological effect on service members and their civilian families. Every American, ally or partner, and even our adversaries who fight in conflict against us, deserves to come home from that conflict, even if they are deceased.” (~ Lt. Col. Casey Doyle)

“We made a donation in honor of our son, Lt. Col. Casey W. Doyle, USMC, on the occasion of his promotion, September 1, 2020. He serves, and has served, our nation for many years with integrity and courage both abroad and at home. From the beginning, he has persevered in his vision to be the best Marine he can be.

On September 1, 1944, Ssgt. Jimmie Dayle’s B24 was downed by Japanese anti-aircraft fire during a raid on the Palau Islands. None of the 11 crew members came home. Sixty years later, in D2004, the BentProp Project located the B24J Liberatory #453 in the waters off Palau. SSgt. Doyle’s remains were still in the nose turret where he flew. In 2009, Casey was honored to escort his grandfather’s remains home from the DPAA in Hawaii from DPAA.

Casey later joined the BentProp Project helping in their mission to bring more WWII MIAs home. Our family is forever grateful to the men and women of The BentProp Project for their dedication, integrity, diligence, and service to our country. Today we support Project Recover as they carry on the mission that BentProp began.

We celebrate our son, Lt. Col. Casey W. Doyle, the Marine, the husband, the father, the man.” (Nancy & Tommy Doyle)