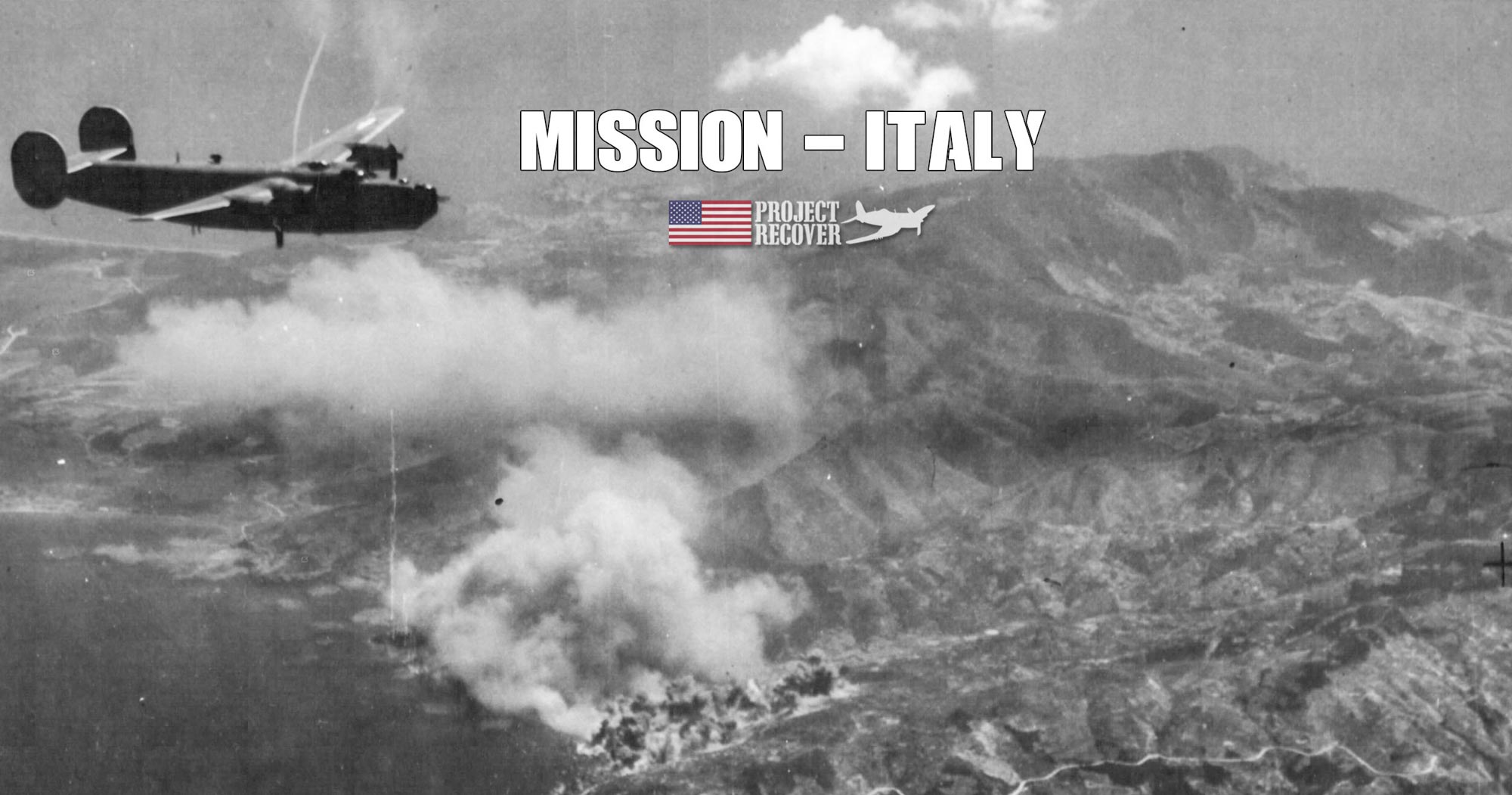 Under contract with the Defense POW/MIA Accounting Agency (DPAA), Project Recover headed to Porto Santo Stefano in the Grosseto province of Italy to search for World War II aircraft and MIAs in September 2018. Our primary goal was to locate and positively identify an A-20, a B-24, B-25, and B-26, all associated with MIAs. The WWII aircraft were lost along the coastlines of Marina di Grosseto, Porto Ercole, and Porto Santo Stefano.

Project Recover conducts all its missions in cooperation with local governments. We received approval from the Italian federal, provincial, and local governments in Grosseto region of Italy. We also held an information session for the local public. Italian colleagues, Giulia Napolitano and Aldo Costigliolo, facilitated the meetings and translated on our behalf. With their help, we were able to communicate our intentions in the area. Furthermore, the local population was able to share any information they knew about potential wreck sites. Local papers highlighted our information session and helped facilitate our effort as well.

In the case of the A-20, we first surveyed the area with an AUV (autonomous underwater vehicle). Then we deployed diver teams to document and identify the wreck site.

Project Recover conducted paired dives with archaeology and photomosaic teams. The majority of the site was recorded by video and still photos. Archaeologists measured the forward fuselage section and queried some detached pieces of wreckage. They also completed a photogrammetrical map of the site even under poor visibility conditions.

The Defense POW/MIA Accounting Agency (DPAA) discovered this wreck site during a previous year’s remote sensing survey, and an A-20 is known to have crashed in the area in 1945. After imaging and documentation, however, Project Recover identified the wreck as that of a German Junkers Ju 88 aircraft. It was missing the cockpit and tail sections. The team was also able to locate documentation confirming that there was a Ju 88 that went down in this same area off Grosseto.

The other three WWII aircraft targeted by Project Recover on this mission were American bomber losses from early 1944. The bombers were a part of an intense campaign to cripple German targets in Italy. They bombed the strategic harbors of Porto Santo Stefano and Marina di Grosseto as well as the infrastructure in the area.

A B-25 participated in a mission to attack shipping in the area of Porto Santo Stefano. The crew encountered heavy flak. Records suggest the plane received a direct hit. Eyewitnesses last spotted the B-25 in an inverted position with no sign of its crew. Three of the crewmen were later recovered and identified. The other three remain missing.

Project Recover used historical documentation, analysis, and well as information by local fishermen in the planning to search for the B-25. At the loss area, we conducted searches with AUVs. We surveyed more than 11 square miles and conducted repeated dives on suspected targets. We did not, however, locate aviation-related debris in the target area of the B-25.

We were able to locate debris fields in the case of the two other WWII bombers which makes them promising targets. In 1944, a B-24  was on a bombing mission to Port San Stefano, Italy, when it was struck (as a result of flak damage) by another B-24. Two witnesses who saw the collision reported seeing one B-24 losing its tail and going into a steep dive with no observed parachutes. Two crewmen from the B-24 reportedly washed ashore several days later. They were buried in a cemetery in Italy. The US was unable to account for the remaining eight personnel.

A B-26 participated in a bombing mission on the port facilities at Porto Santo Stefano in 1944. The WWII aircraft encountered heavy flak, and according to witness statements, a “burst of flak exploded in the right engine” of the aircraft, resulting in its engine detaching and the aircraft spinning and going down. Three crew members returned to duty. The military was unable to account for the remaining four crew.

In the case of the B-24 and B-26, we located debris fields which makes them promising targets. The wreckage found is consistent in size and shape with WWII aircraft parts. One of the debris fields was, in fact, only 100 meters from the location reported by one of the fishermen. The local fishermen in Grosseto are well-familiar with the aircraft wreckage scattered across the seafloor of these ports. The debris fields of both sites are located more than 200 feet deep, 70 meters and 90 meters respectively. As a result, Project Recover dive teams could not conduct further investigations. There was also a thick layer of suspended sediments extending three to five meters off the seafloor which masked the debris. AUV cameras, therefore, were also not useful. Both sites are promising, however, and warrant further investigation. Project Recover plans to return to do so at a later date. 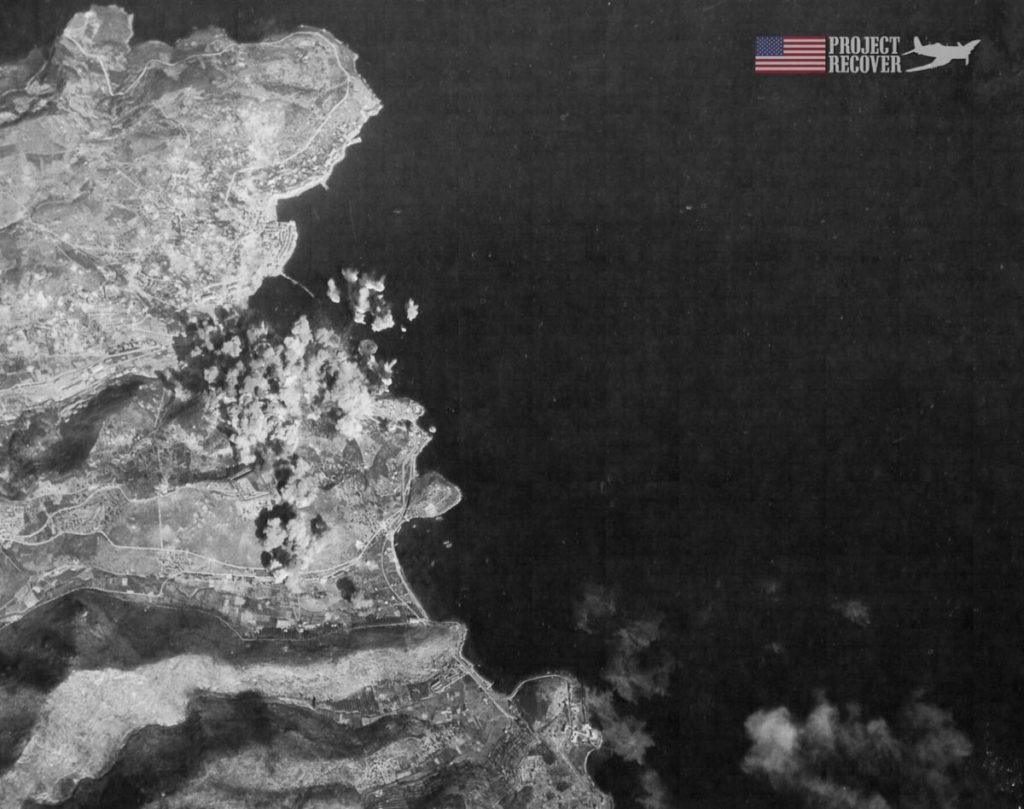 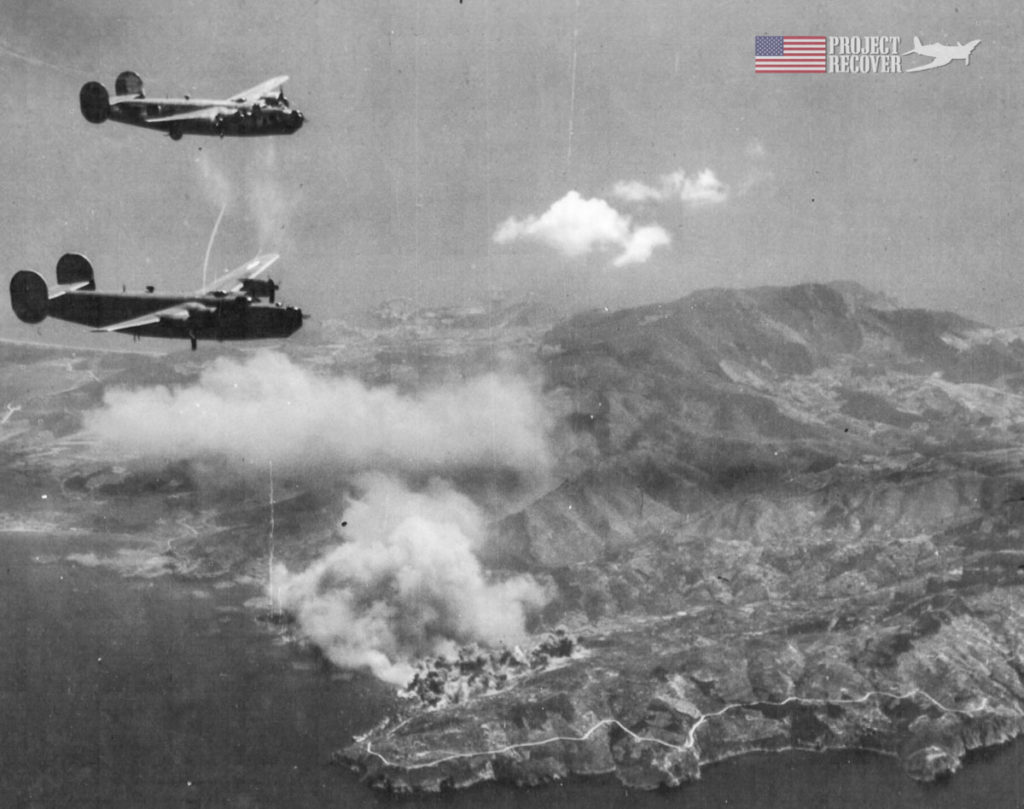 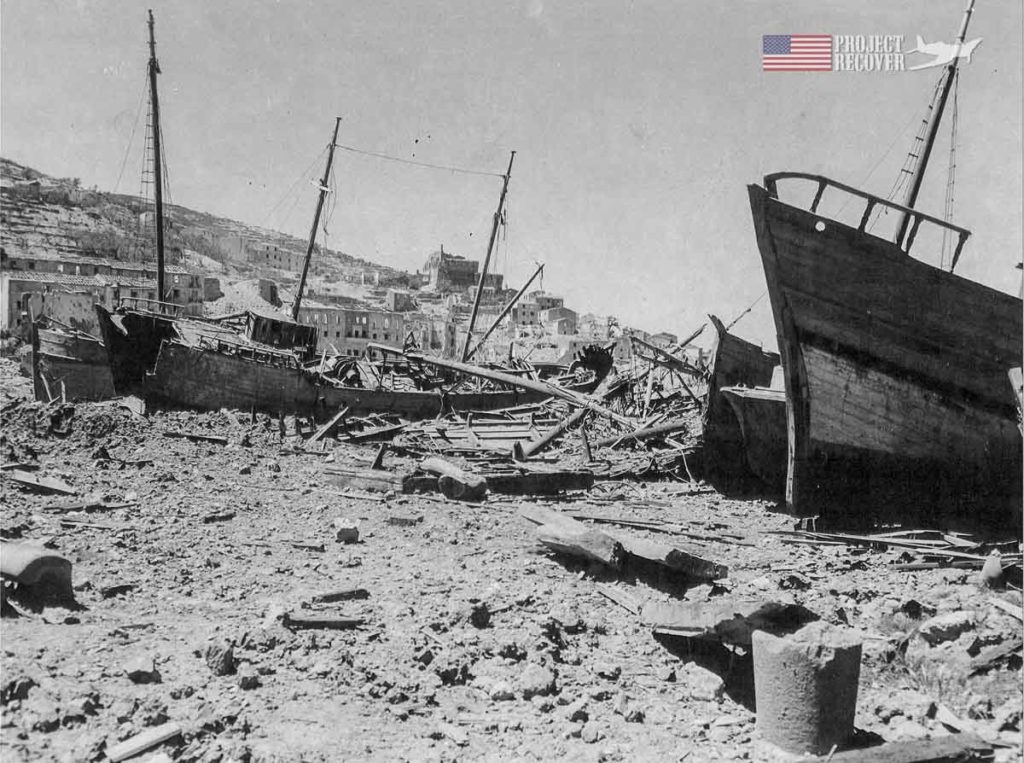 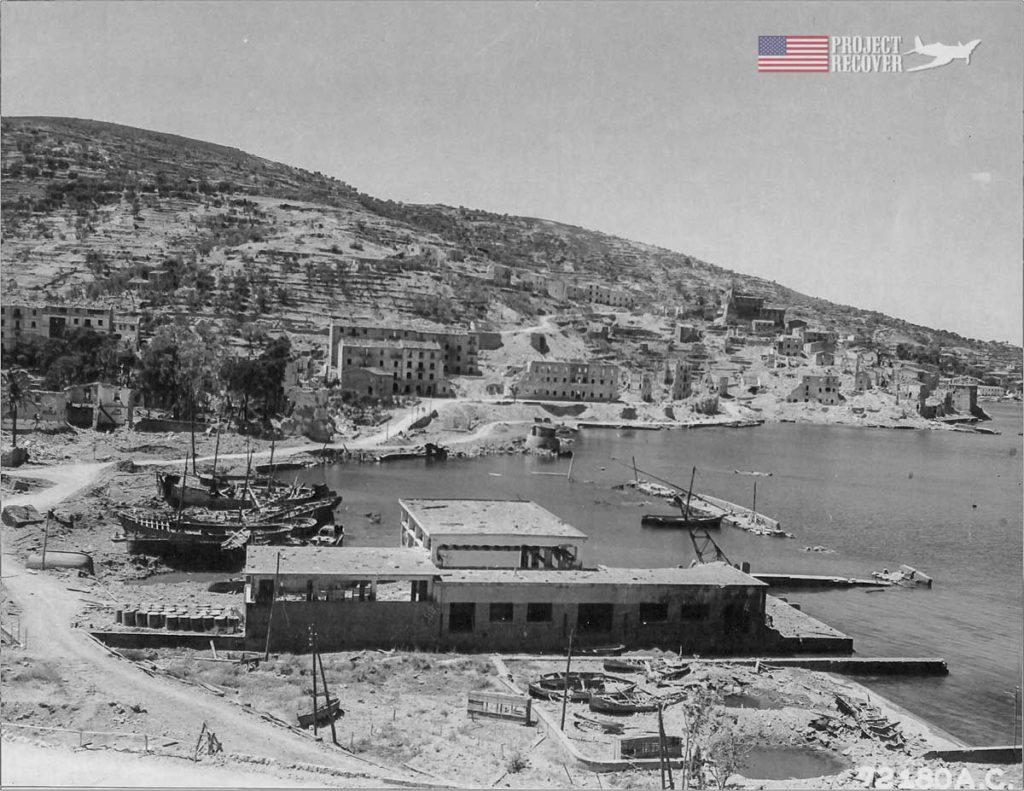 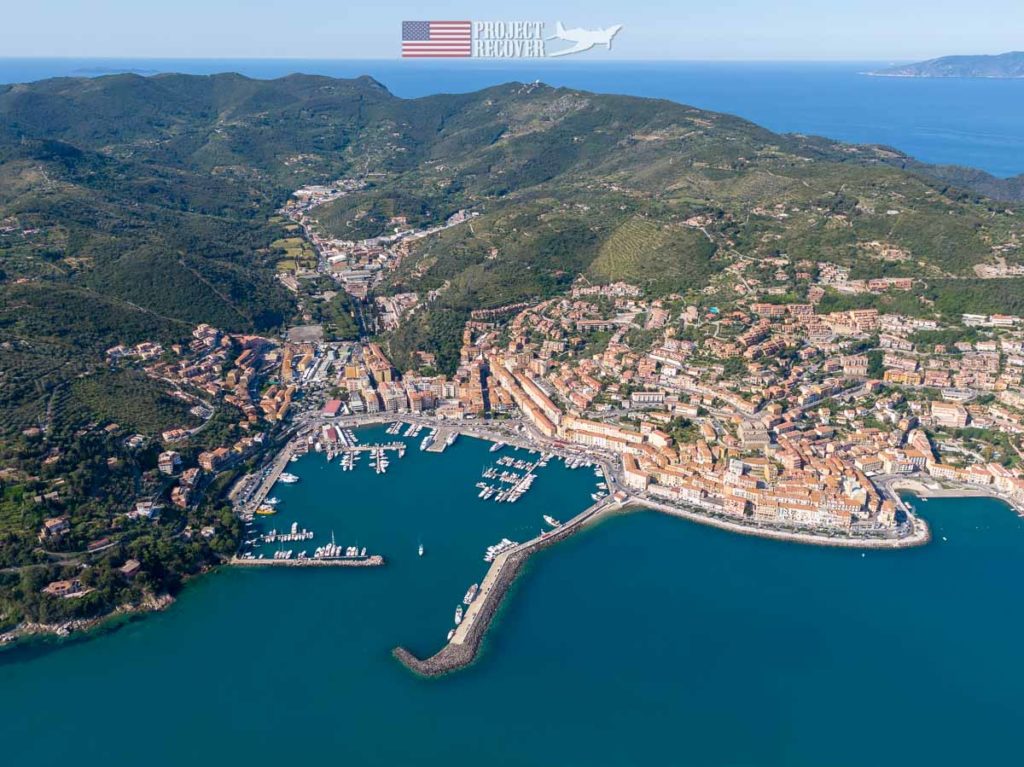 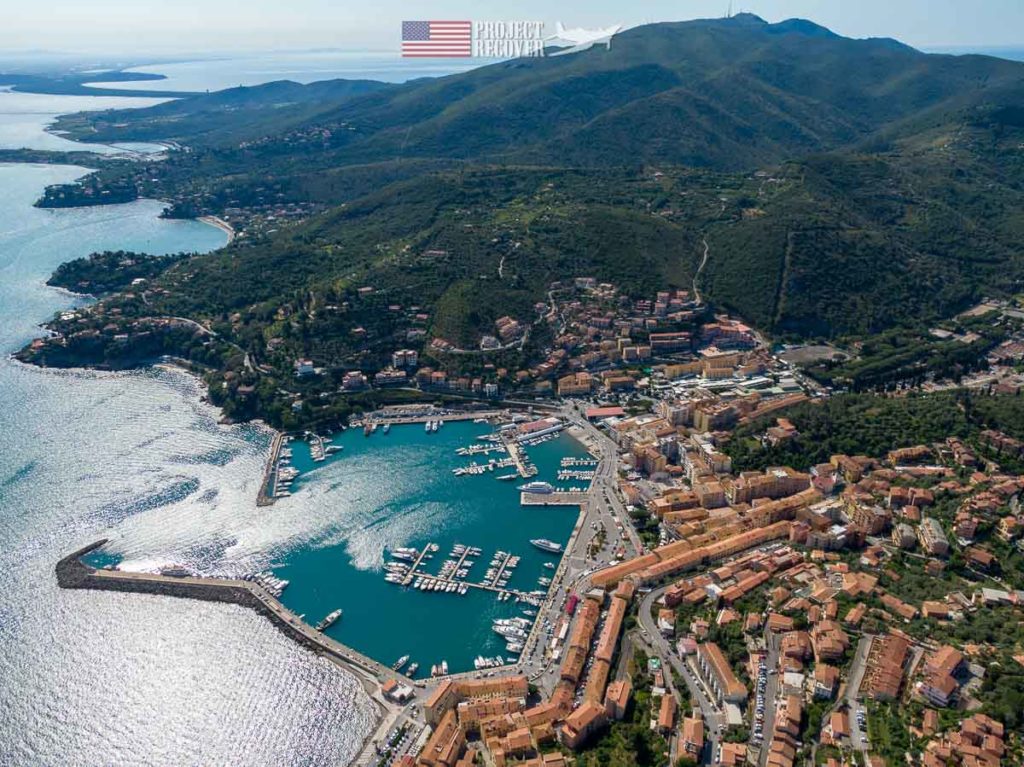 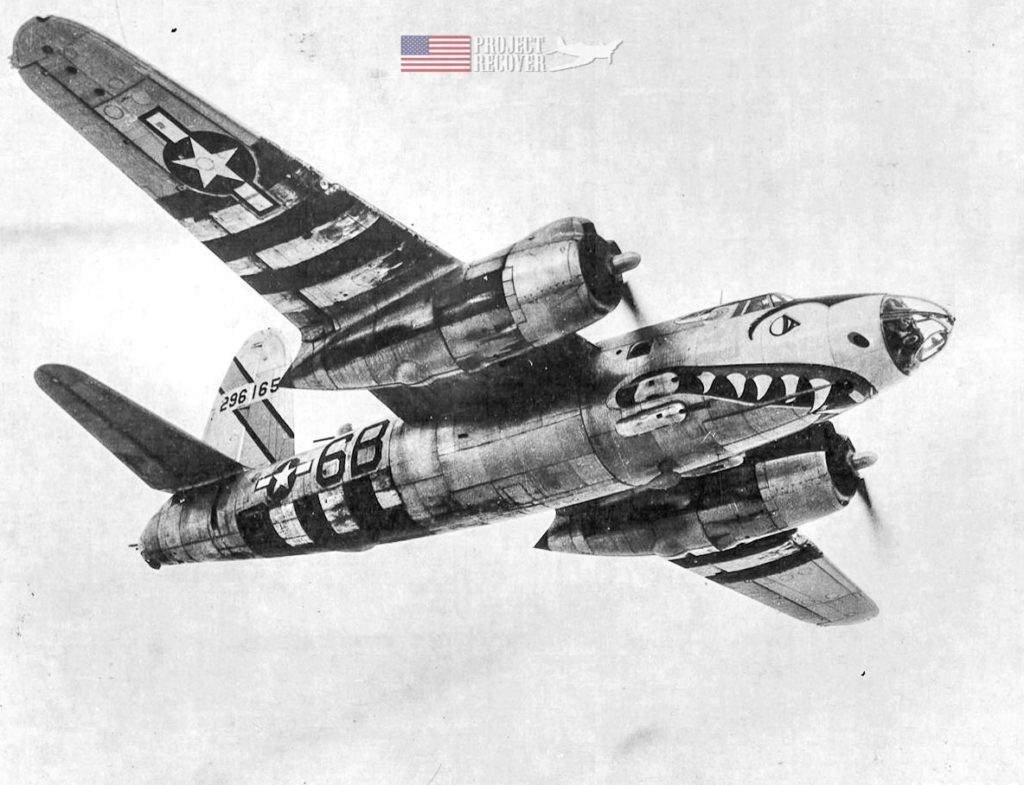 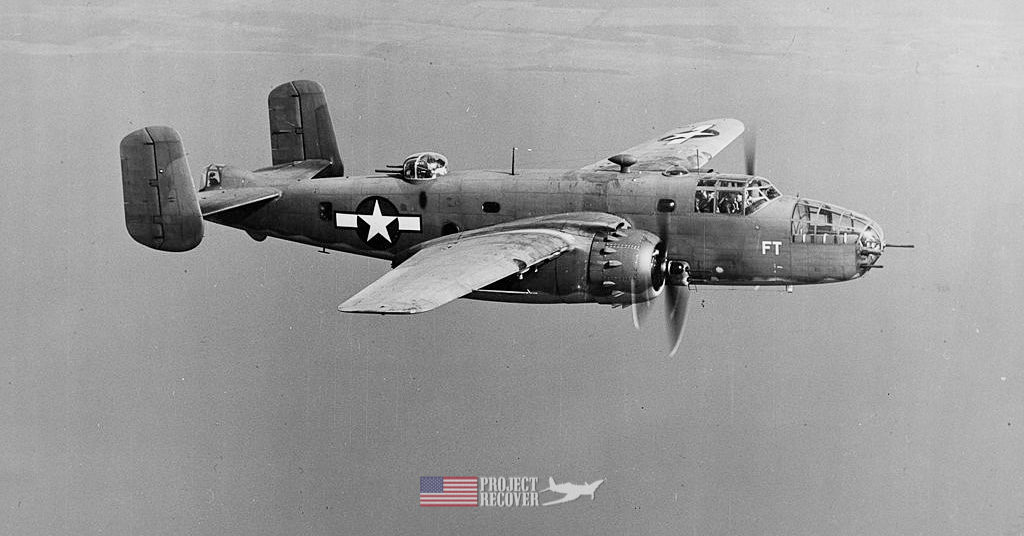 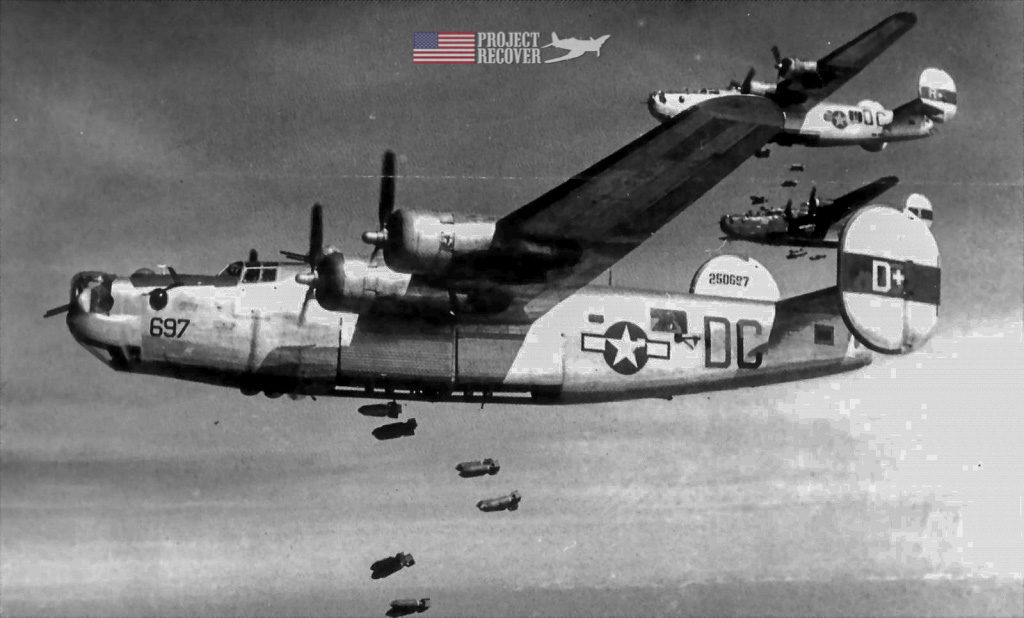 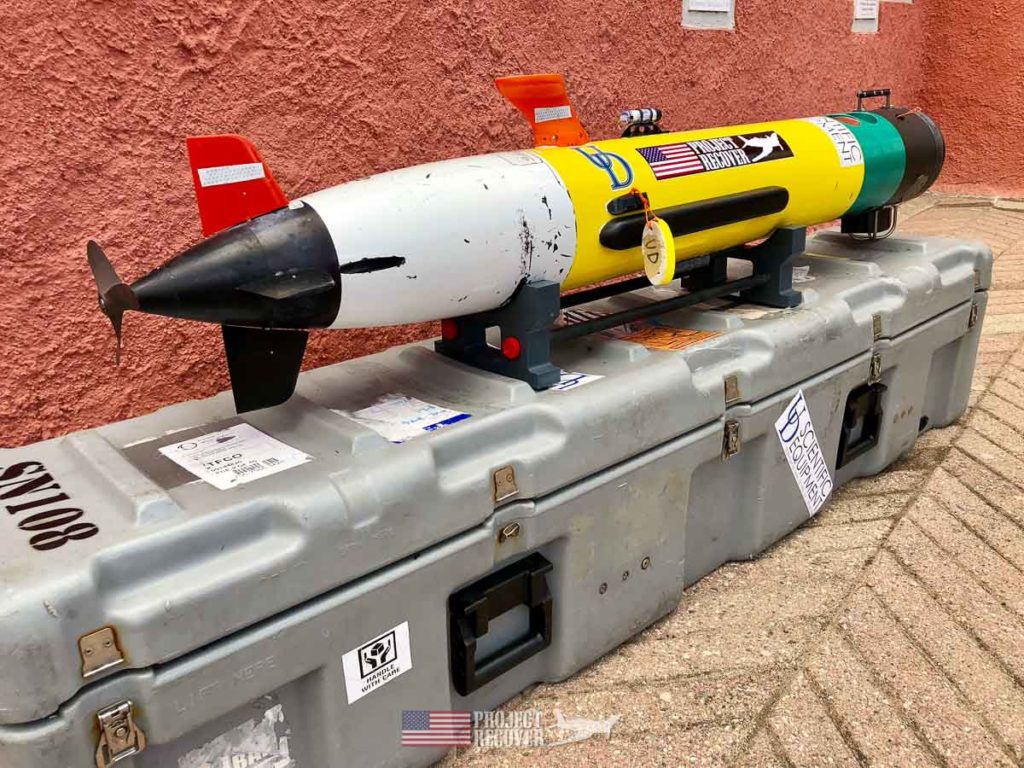 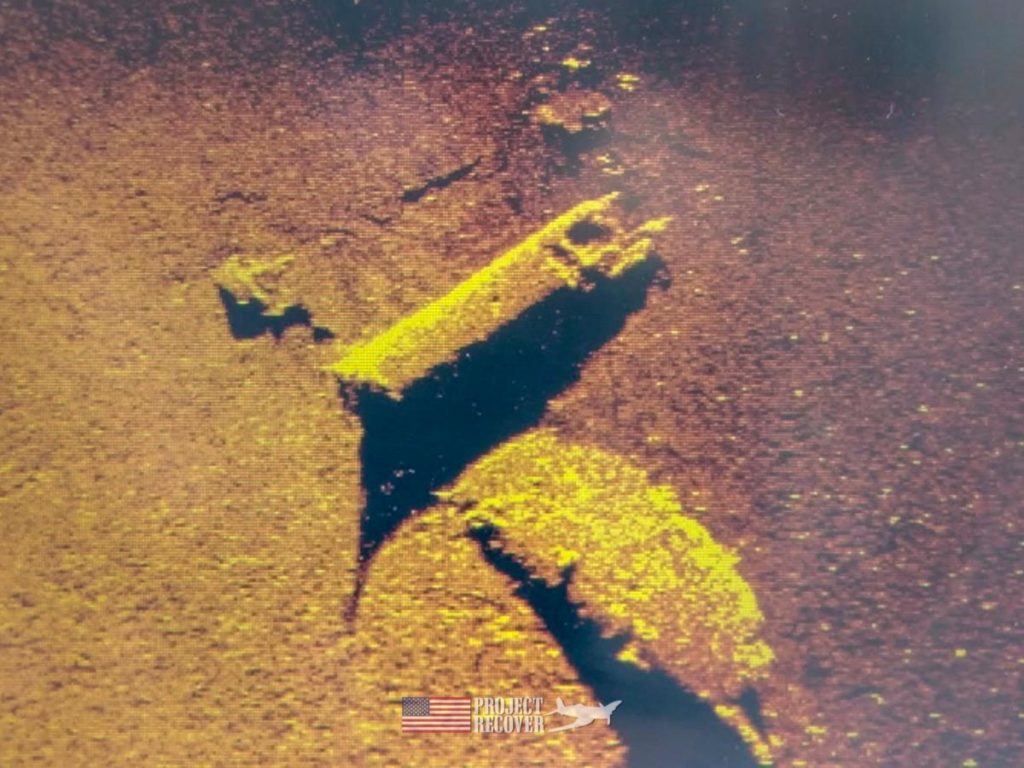 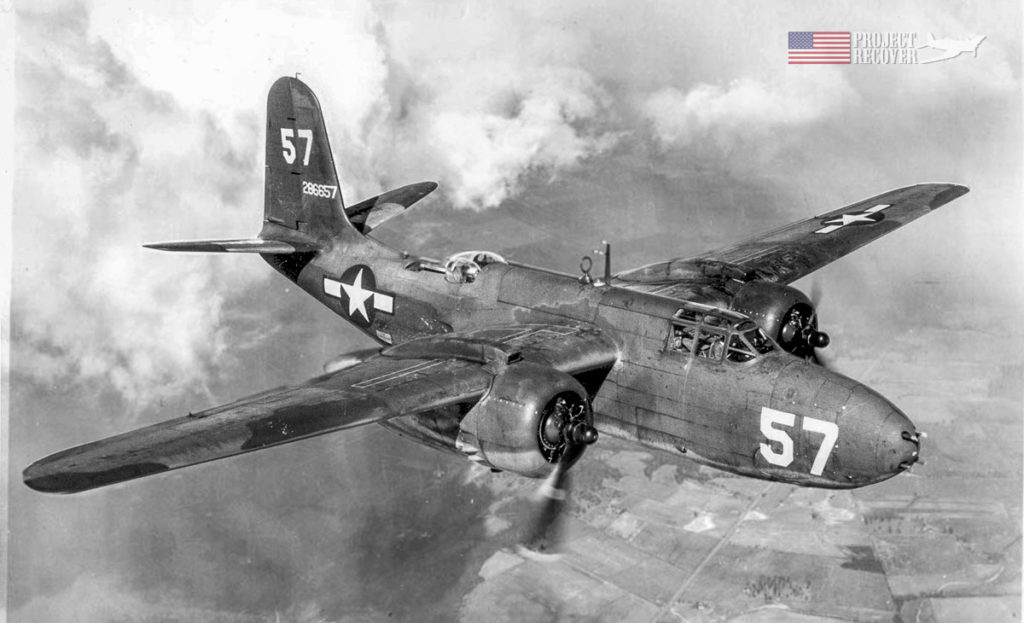 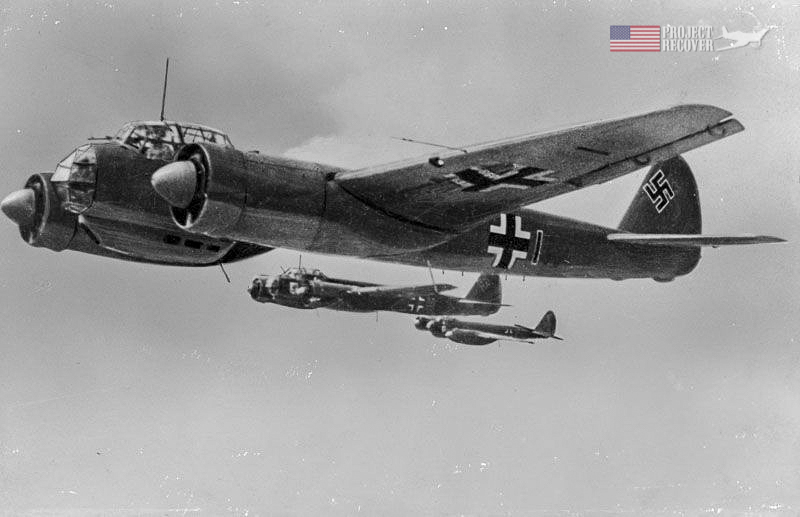 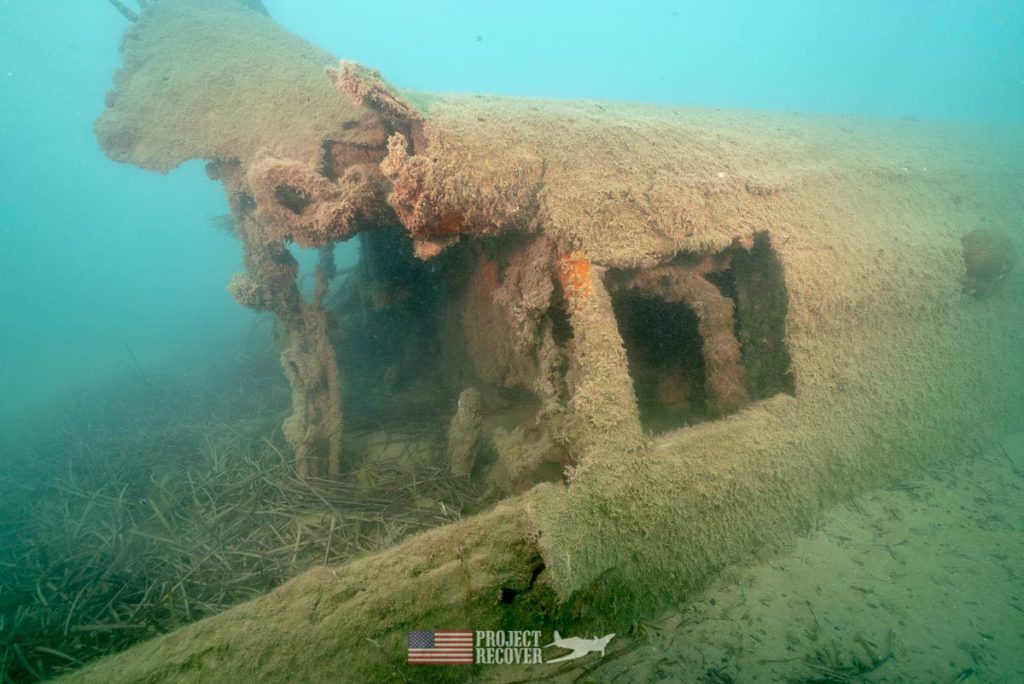