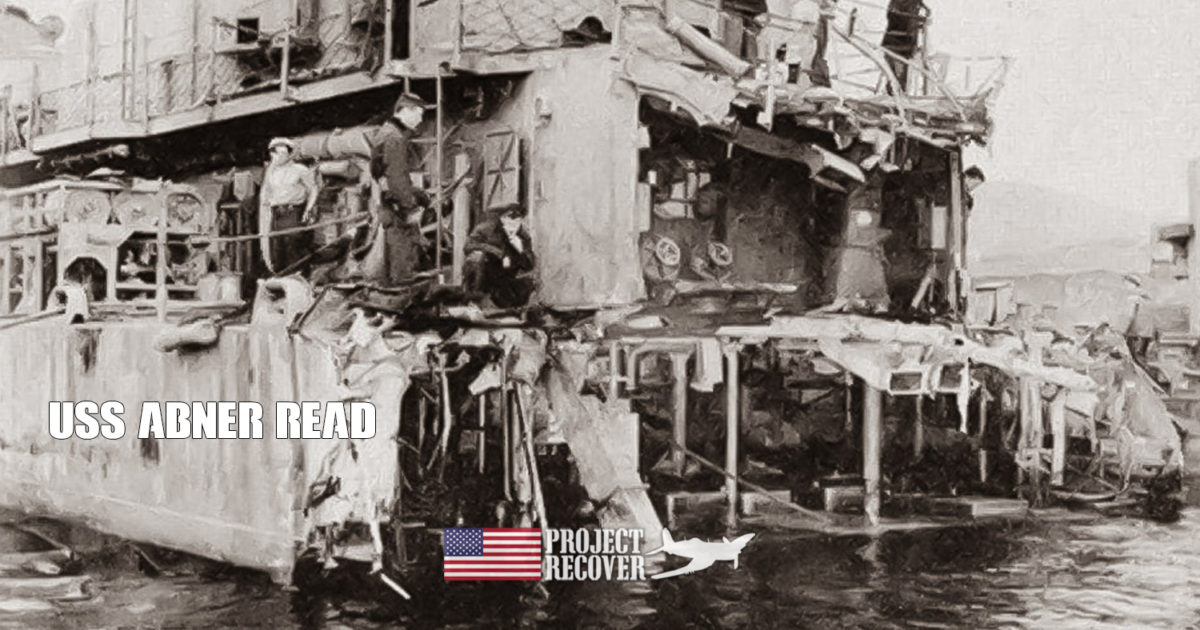 In a mission funded by NOAA, Project Recover located the stern of USS Abner Read, a WWII destroyer, off the coast of Alaska. The stern of USS Abner Read was torn off the destroyer in an explosion in the early morning hours of August 18th, 1943. The stern plunged 200’ into the depths of the Bering Sea, killing 71 sailors in its wake. The explosion was most likely caused by a Japanese mine.

Six months after the attack on Pearl Harbor, the Japanese attacked and occupied the Aleutian Islands of Alaska. The United States’ response was swift and punishing. Over 15 months, the Allied Forces carried out 601 missions and dropped 7 million pounds of bombs on enemy positions.

Project Recover located the stern of USS Abner Read using a multi-beam sonar mounted to the side of the research ship to identify promising underwater targets on their mission. They used a deep-diving, remotely operated vehicle to capture live video to confirm the target.

Read other articles about Project Recover in the news:

Sign-up for our newsletter for updates on news and adventure
Remember Our MIAs
Every American's Mission
Working Together to Bring our MIAs Home
#KeepingAmericasPromise
We respect your privacy and will only send the information requested.