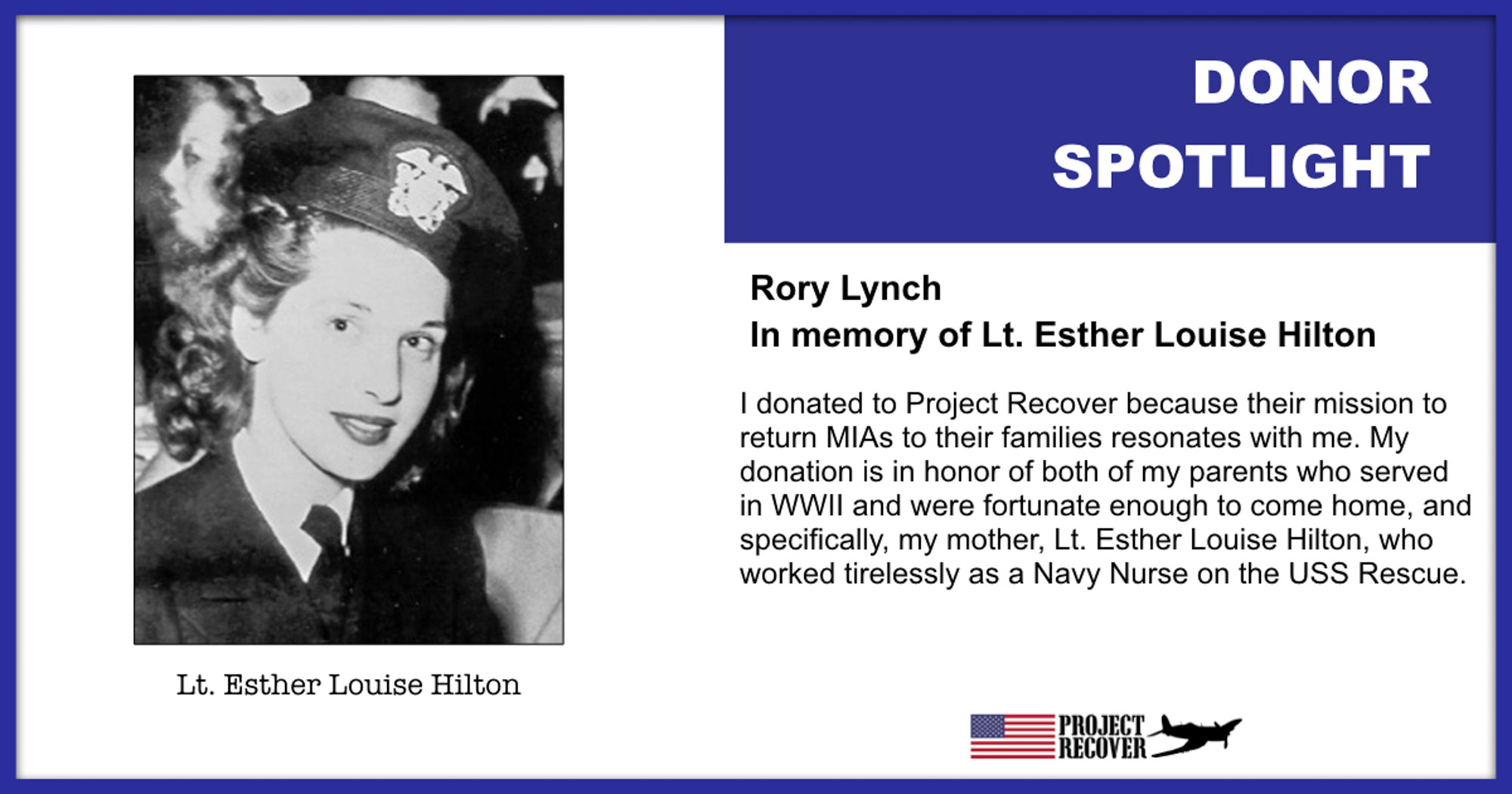 I gave to Project Recover because their mission to return MIAs to their families resonates with me. Both of my parents were WWII veterans and were fortunate enough to return home. My Project Recover donation was for those less fortunate and in honor of both my parents’ WWII service, and specifically for my mother, Lt. Esther Louise Hilton, who worked tirelessly as a Navy Nurse on the USNHS Rescue.

My mother, Esther Louise Hilton, was commissioned as an Ensign on June 22, 1943,  three months after her 22nd birthday. She completed her training as a registered nurse at Saint Peter’s Hospital in Albany, NY.  on June 22, 1943.

After sea trials, the USNHS Rescue headed to Okinawa in June 1945. There, she embarked the wounded, worked triage, and took them to a hospital in Guam. Despite relentless air attack against Allied shipping in the air, the USNHS Rescue survived the campaign undamaged.

In July, USNHS Rescue joined the US 3d Fleet conducting carrier strikes and bombardment of Japanese home islands. The ship used breeches buoy to transfer casualties from combatant ships during the cover of night and during battle conditions. Breeches buoy is a type of zip line equipped with a flotation device and leg harness used to evacuate people one-by-one from ship to ship.

After the war, the USNHS Rescue traveled with the 3d Fleet into Tokyo Harbor. There, the Navy Nurse Corps began medical screening of allied prisoners of wars. Among her duties on the USNHS Rescue, Lt. Esther Louise Hilton served as a surgical nurse, tended to severe burn casualties, and, after the war, former Japanese POWs.

Lt. Esther Louise Hilton resigned her commission in September 1947 when she married my father, Lt Col Warren R. Lynch, USMC, in accordance with the military’s “no-marriage policy” for the Navy Nurse Corps at the time.

She raised 4 sons, traveled the world, and remained proud of her military service her entire life.