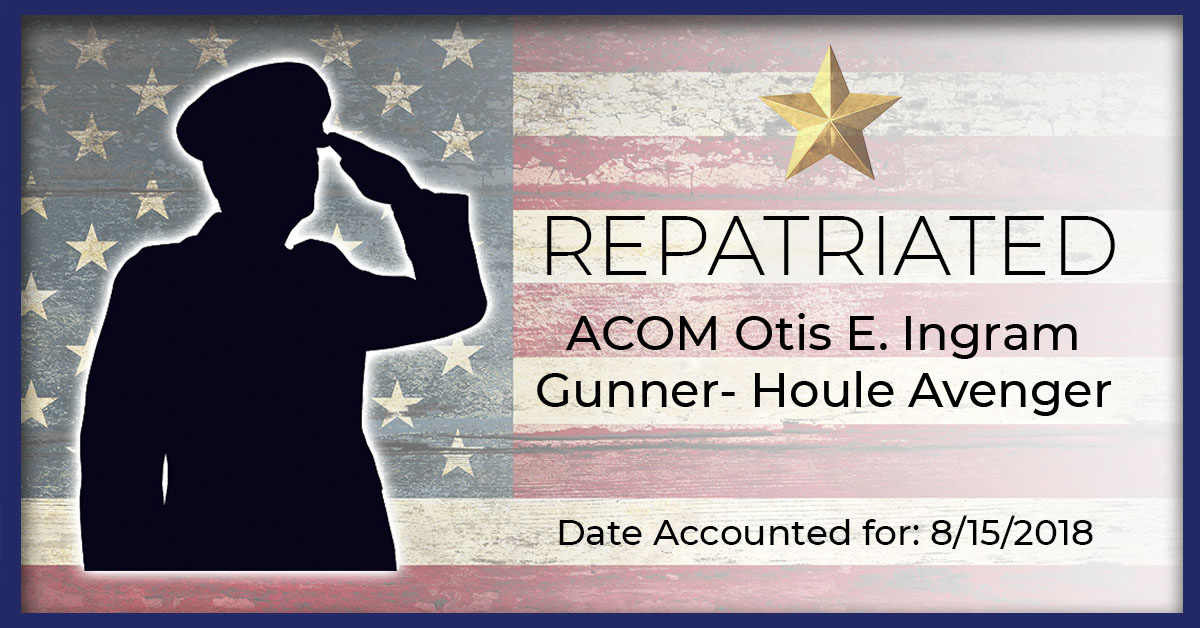 ACOM Otis E. Ingram was accounted for by Defense POW/MIA Accounting Agency. Project Recover located his downed TBM Avenger in 2016 and is honored to play a vital role in his repatriation.

Project Recover humbly acknowledges ACOM Ingram’s service and sacrifice, as well as the enduring loss to his family. We are grateful and honored to play a vital role in bringing him home. The repatriation of ACOM Ingram helps resolve generational grief and awaken us to gratitude, hope, love, and unity. This is the legacy of our MIAs and their final mission.

ACOM Otis E. Ingram, 29, was the turret gunner on a TBM Avenger piloted by Lt. Roland R. Houle. On July 27th, 1944, the Avenger was shot down on a bombing mission over Malakal Harbor, Palau. Project Recover located the downed aircraft in 2016. The Defense POW/MIA Accounting Agency accounted for ACOM Ingram on August 15, 2018. ACOM Ingram has a memorial marker at Barrancas National Cemetery in Pensacola, FL.